Arnold and Stuart Elected to Royal Society of Great Britain

Frances H. Arnold, the Linus Pauling Professor of Chemical Engineering, Bioengineering and Biochemistry, and director of the Donna and Benjamin M. Rosen Bioengineering Center; and Andrew M. Stuart, the Bren Professor of Computing and Mathematical Sciences, have been named fellows of the Royal Society of Great Britain. Founded in 1660, the Royal Society is the oldest scientific academy in continuous existence. Arnold and Stuart are among 62 inductees to the society this year.

"While election to the fellowship is a recognition of exceptional individual contributions to the sciences, it is also a network of expertise that can be drawn on to address issues of societal and global significance," said Venki Ramakrishnan, president of the Royal Society, in a prepared statement. "This year's fellows and foreign members have helped shape the 21st century through their work at the cutting edge of fields from human genomics to climate science and machine learning."

Arnold is best known for her work on directed evolution, which has been used to create enzymes that make chemicals not found in nature, including molecules containing silicon-carbon or boron-carbon bonds, or bicyclobutanes, which contain energy-packed carbon rings. By using bacteria that make the new enzymes, researchers can potentially make these chemical compounds in "greener" ways that are more economical and produce less toxic waste. She won the Nobel Prize in Chemistry in 2018 for her achievements in this field.

Stuart, an applied mathematician, researches the development of frameworks for integrating mathematical models with data. These frameworks have applications in geophysical sciences, such as weather forecasting, with the goal of making predictions more accurate. 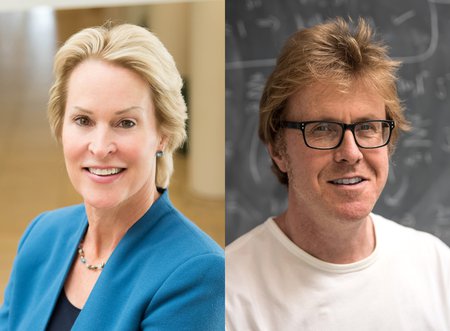