Skip to main content
Home  /  About  /  News  /  Building the Starshot Sail: A Q&A with Harry Atwater

Building the Starshot Sail: A Q&A with Harry Atwater

When manmade probes finally reach other stars, they will not be powered by rockets. Instead, they may be riding on a gossamer-thin sail that is being blasted by a giant laser beam. Harry Atwater, Howard Hughes Professor of Applied Physics and Materials Science, is a project leader of the Breakthrough Starshot Program,which seeks to make these probes a reality. In a new paper published on May 7 in Nature Materials, Atwater explores some of the major challenges the project will face in its bid to make humanity an interstellar species. We recently sat down with him to talk about the program.

What exactly is the Breakthrough Starshot Program?

It is a multi-disciplinary $100-million project that was announced in 2016, aimed at designing a spacecraft that can be launched to planets surrounding other stars and reach them within our lifetime. The idea is to develop spacecraft that are capable of traveling at nearly 20 percent of the speed of light.

Why can't that be done with conventional rockets?

To overcome that, we're planning to use light itself as the fuel. In other words, we are taking advantage of the principle of conservation of momentum between light and materials. If I have a reflective object and I shine light on it, the recoiling or reflecting photons impart momentum to the object. If the object is light enough, that momentum can act as a propulsive force, and then the final velocity of that probe is limited only by the velocity of light itself.

What is your role in the project?

I'm an advisor to the Breakthrough Starshot Program. The program has three big technical challenges: The first is to build the so-called photon engine, the laser that's capable of propelling the sail; the second is to design the sail itself; and the third is to design the payload, which will be a tiny spacecraft capable of taking images and spectral data and then beaming them back to the earth. My role is to help the program define pathways to making a viable lightsail that's compatible with the other objectives of the whole program. It isn't going to be easy: we have to make an ultra-lightweight large-scale object that is firmly and dynamically stable under propulsion.

What other challenges are there?

The challenges that we address in our latest paper are developing the design and materials requirements for this really extreme set of engineering conditions. We require something that has a mass of no more than a gram, but which covers an area of about 10 square meters. That means that the average thickness will be on the order of tens to hundreds of nanometers; much thinner than a human hair.

This wafer-thin material will be subject to intense laser radiation during the propulsion phase, with an intensity of megawatts per square meter. That's not the highest intensity that has ever been generated in a laboratory, but it's a very high intensity to interact with an ultra-thin, gossamer-like membrane structure of the kind that we're talking about here. So the biggest requirement is that it has to be ultra-reflective so we can impart momentum and propel the lightsail.

Are there any materials, or families of materials, that look promising for this?

Yes. The best materials are the ones that are dielectric, or insulating, rather than metallic materials, which transmit electrical charges. A good example of a dielectric that everyone is familiar with is glass, which is highly non-absorbing. Unfortunately, glass is a little too low in its reflectivity to be an efficient candidate for lightsail material, but nonetheless it points the way. The best materials to think about are ones that have higher reflectivity but similarly low absorption coefficients.

How does this work fit in with your broader research goals?

My research team is very interested in how light interacts with nanoscale materials, or materials that are sculpted or shaped at the scale of the wavelength itself. One of the things that's fascinating is that nanostructured materials may be able to generate really optimal trade-offs between mass and reflectivity, and also help give stability to the sail. We need the sail to be passably stable, meaning that it doesn't fall off the laser beam, so to speak. 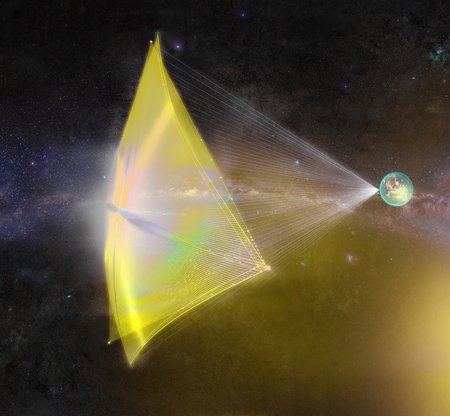 An artist's depiction of the Starshot Lightsail. Credit: Breakthrough Starshot

Animation depicts the Lightsail deploying and being powered by a light beam. WATCH THE FULL VIDEO Credit: Breakthrough Starshot 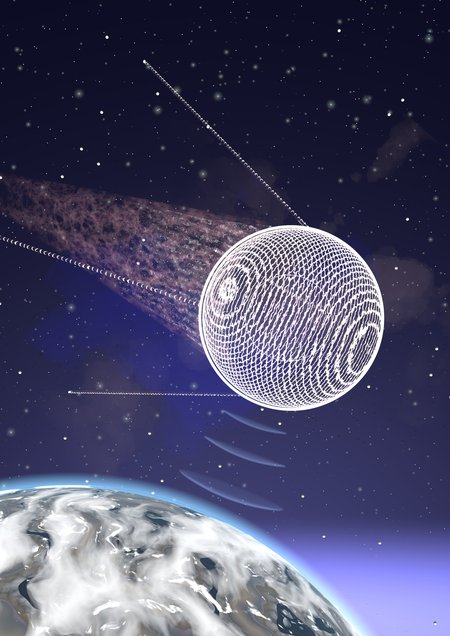 A different artist's concept of the Lightsail in action. In this illustration of the craft flying by an exoplanet, the Lightsail is depicted as spherical with antennae pointing back toward Earth -- it has not yet been decided what shape the Lightsail will need to be. Credit: Artur Davoyan/Harry Atwater
Image Gallery Lightbox 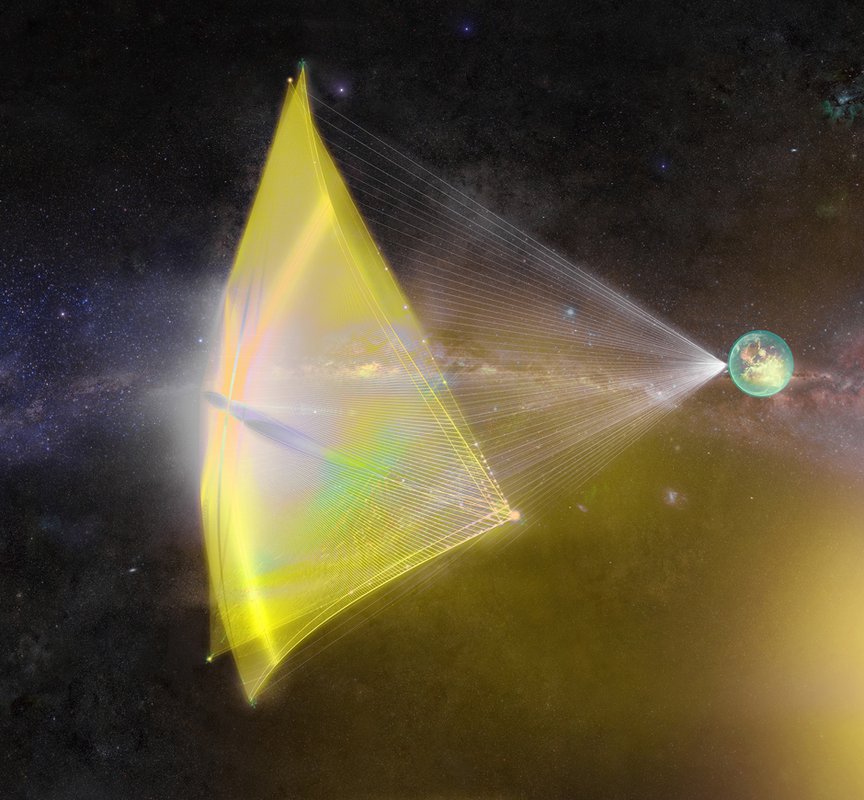 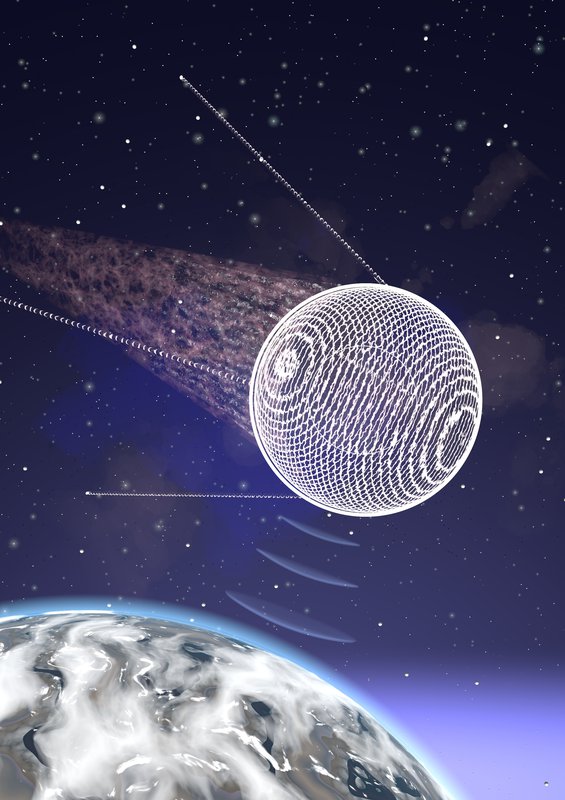 A different artist's concept of the Lightsail in action. In this illustration of the craft flying by an exoplanet, the Lightsail is depicted as spherical with antennae pointing back toward Earth -- it has not yet been decided what shape the Lightsail will need to be.
Credit: Artur Davoyan/Harry Atwater
Download Full Image