Spearheaded by a $115 million gift from visionary philanthropists Tianqiao Chen and Chrissy Luo, Caltech and the Tianqiao and Chrissy Chen Institute are announcing the launch of a campus-wide neuroscience initiative to create a unique environment for interdisciplinary brain research. The goal of the new endeavor is to deepen our understanding of the brain—the most powerful biological and chemical computing machine—and how it works at the most basic level as well as how it fails because of disease or through the aging process.

Central to the initiative is the creation of the Tianqiao and Chrissy Chen Institute for Neuroscience at Caltech, where research investigations will span a continuum, from deciphering the basic biology of the brain to understanding sensation, perception, cognition, and human behavior, with the goal of making transformational advances that will inform new scientific tools and medical treatments.

The Tianqiao and Chrissy Chen Institute at Caltech will be supported through the Chens' investment, which includes endowed funds to be used at the discretion of Caltech's leadership to support activities such as seeding new lines of research and supporting promising early-career faculty and scholars. In addition, as part of the neuroscience initiative, Caltech will construct a $200 million biosciences complex named in honor of the Chens that will include state-of-the-art facilities for the Chen Institute at Caltech.

Involving faculty from across the university's six academic divisions, the Chen Institute at Caltech will catalyze a campus-wide interdisciplinary community of neuroscientists, biologists, chemists, physicists, engineers, computer scientists, and social scientists, all with the shared goal of understanding the fundamental principles that underlie brain function. The new building will be a nexus for neuroscience research on campus. It will comprise shared lab spaces and centralized areas that foster interaction and collaboration, amplifying and extending Caltech's long traditions in molecular, cellular, and systems neuroscience. As part of the commitment to the partnership, Caltech will also co-invest significant resources to be deployed for the Chen Institute at Caltech's operations.

Chen and Luo, who are husband and wife, are deeply committed to supporting brain research to promote and improve the well-being of humanity. Caltech, with its intimate research environment and quantitative approach to probing the biological and computational complexity of the brain, as well as its robust history in the fields of neuroscience and fundamental biology, is uniquely poised to advance discoveries and to develop new insights that will lead to innovation and improvement in the human condition.

"It is a privilege to launch this vital collaborative effort with Tianqiao Chen and Chrissy Luo," says Caltech president Thomas Rosenbaum, the Sonja and William Davidow Presidential Chair and professor of physics. "We share a vision with our cornerstone partners, the Chens, of translating insights into the fundamental biology, chemistry, and physics of the brain into a deeper understanding of how human beings perceive and interact with the world, and how technological interventions can improve the human experience."

Chen and Luo founded Shanda Interactive Entertainment Limited in 1999, which became the largest online entertainment developer and publisher in China. The company has since transformed into a global private investment company. The couple are longtime philanthropists who have provided funding toward medical programs for children in China and Mongolia, supported education for underprivileged families, and contributed to disaster relief and rebuild efforts in China. Through collaborations with top global universities, the Tianqiao and Chrissy Chen Institute's brain research initiative will be focused on three areas: brain discovery, treatment, and development. This gift to Caltech represents the Tianqiao and Chrissy Chen Institute's first investment in this initiative and at an institution in the United States.

"Our involvement in the Internet and entertainment industries allowed us to witness the ability for technology advancements to influence human perception, as well as to observe the resultant meaningful effects on human behavior," says Tianqiao Chen, co-founder of the Tianqiao and Chrissy Chen Institute. "However, there is little understanding about how the brain processes and connects what lies in between—sensation, perception, cognition, and action. We believe uncovering how the brain perceives, interprets, and interacts with the world is pivotal in so many aspects. It can shape groundbreaking industries such as artificial intelligence, robotics, and virtual reality. It also plays a critical role in addressing social issues such as aging and behavioral deficiencies. It can even help answer many ultimate questions about life, such as its origin, purpose, and ending. This is the mission of our philanthropy, and we are dedicating an initial one billion dollars to this cause."

Chrissy Luo, co-founder of Shanda and the Tianqiao and Chrissy Chen Institute, adds, "We spent two years learning the subject from highly regarded global universities with whom we continue to have conversations. We chose Caltech as our first partner not just for their strong reputation as a leading research institution, but also for the admiration in their natural alignment with Shanda's culture, which is focused on creating excellence and discovery. We have enjoyed the strong working relationship with Caltech and are firmly confident of this partnership."

Caltech's pioneering work in neuroscience includes Seymour Benzer's discovery that the fruit fly Drosophila melanogaster could be used as a simple organism to study how genes influence behavior. It is also illustrated by Roger Sperry's Nobel Prize–winning discovery that the right and left sides of the human brain must communicate with each other for proper cognitive function. Caltech also has been the home of achievements in computational neuroscience such as the development of very-large-scale integrated circuits, their application to machine learning and machine vision, and the establishment in 1986 of the world's first graduate program in Computation and Neural Systems (CNS), which continues to this day.

"Everything that we are as human beings—our ability to see the world and ask questions about our universe—is rooted in the structure and function of our brains," says Steve Mayo (PhD '87), the Bren Professor of Biology and Chemistry and the William K. Bowes Jr. Leadership Chair of the Division of Biology and Biological Engineering. "One of the greatest challenges and opportunities of our time is to be able to unlock that structure and how it relates to function, which will have an enormous impact on the lives of real people."

David J. Anderson, the Seymour Benzer Professor of Biology and a Howard Hughes Medical Institute Investigator, will serve as the director of the new neuroscience institute, which will comprise five interdisciplinary research centers—including four new centers, founded through the gift from the Chens, and one existing center. Anderson will be named the inaugural holder of the Tianqiao and Chrissy Chen Institute for Neuroscience Leadership Chair.

The five centers are:

"Integrating the biology and the social science of how humans make decisions is one of the most promising frontiers for improving the human condition," says Jean-Laurent Rosenthal (PhD '88), the Rea A. and Lela G. Axline Professor of Business Economics and the Ronald and Maxine Linde Leadership Chair of the Division of the Humanities and Social Sciences. "The collaborations that began with the Caltech Brain Imaging Center helped create the new field of neuroeconomics. The Chen Institute at Caltech and its centers will allow us to make new advances to understand why some individuals are so much more successful than others in learning from their social environment."

"Modern neuroscience is one of the most interdisciplinary fields of human intellectual endeavor in the 21st century, and no single researcher or laboratory can master all of the diverse approaches necessary to solve the challenging problems of brain structure, function, and dysfunction," Anderson says. "The Chen Institute at Caltech provides an unprecedented opportunity for Caltech faculty and students in different fields to join forces to take on these challenges, by creating new collaborations at the interface between traditional scientific disciplines. Computational approaches—grounded in Caltech's traditional strength in the physical sciences—will provide a common glue that binds these collaborations together."

Adds Anderson, "Caltech's traditional strengths in basic biology and the physical sciences provide an ideal crucible in which to forge new tools that will crack the most fundamental problems of brain function, such as perception, emotion, cognition, and communication, as well as to develop radical new therapies for currently intractable brain disorders."

Written by
Kathy Svitil
Caltech leadership and faculty join philanthropist Chrissy Luo to discuss how a neuroscience initiative and associated institute will create a unique environment and opportunities for interdisciplinary research that deepens our understanding of the brain. Credit: Caltech 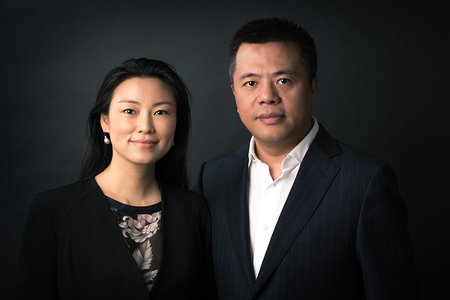 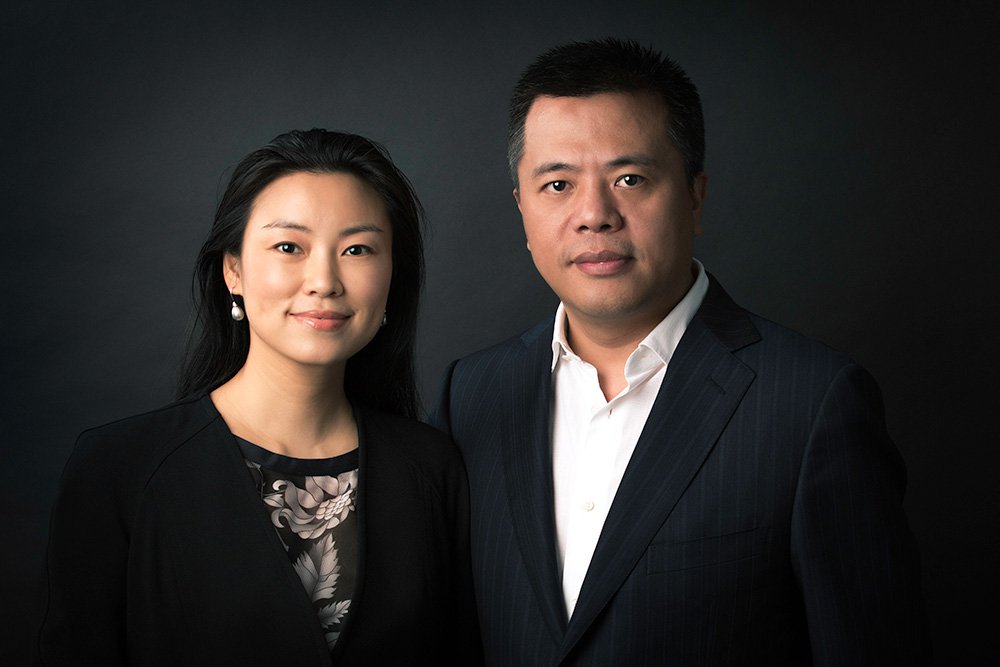