Caltech, The Huntington to Celebrate Frankenstein's 200th Anniversary with Conference

The annals of science fiction are filled with tales of creations turning against their masters: HAL 9000 of 2001: A Space Odyssey, Skynet of the Terminator films, the dinosaurs of Jurassic Park, and, of course, the granddaddy of them all: Frankenstein's monster.

Frankenstein; or, The Modern Prometheus tells the tale of Victor Frankenstein, a scientist driven to create artificial life in the wake of his mother's death. When he finally succeeds, he is horrified to see he has created a ghastly being rather than the thing of beauty he envisioned. Spurned by his creator and rejected by humanity, the creature comes to exact his revenge.

This year marks the 200th anniversary of the novel's publication. To celebrate, Caltech, The Huntington Library, Art Collection, and Botanical Gardens, the Keats-Shelley Association, and the Byron Society of America have organized Frankenstein: Then and Now, 1818–2018, a three-day symposium that will include discussions by scholars and scientists about the cultural milieu in which the novel was published, the science described in the novel, and the ethical questions humanity should be asking itself as it continues to develop technologies like genetic engineering and artificial intelligence.

"Mary Shelley's Frankenstein is the rare novel that has become modern myth, endlessly adapted in popular culture, and retold for contemporary occasions even as it remains compelling in its original narrative form," says Caltech's Kevin Gilmartin, professor of English, who is part of the symposium organizing team. "The conference will provide critics, artists, and scientists an opportunity to reflect on some contemporary implications of Frankenstein."

The conference is preceded by a keynote lecture by David Baltimore, Nobel Prize-winning Caltech president emeritus and the Robert Andrews Millikan Professor of Biology. Baltimore's lecture will look at the development of biological technologies, like genetic engineering, and their potential for allowing humans to one day create new life from scratch.

"Frankenstein's creation of a monster is a literary precursor of these abilities, which may have seemed like total science fiction 200 years ago but are now easily imaginable," Baltimore says.

The lecture will be held Thursday, May 10, at 7:30 p.m. at The Huntington's Rothenberg Hall. It is free to attend, but registration is required.

The conference will be held at The Huntington and begins Friday, May 11, at 8:30 a.m. Activities are scheduled throughout the day Friday, Saturday, and Sunday. For a full schedule and to purchase conference tickets, click here. 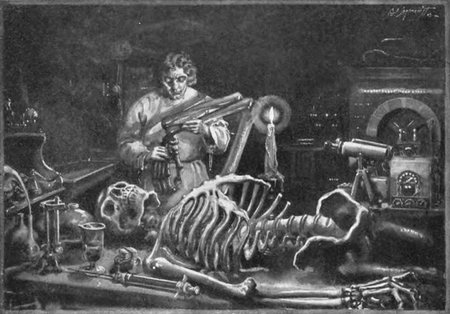 Victor Frankenstein works on his creation in this artist's rendering.
Image Lightbox 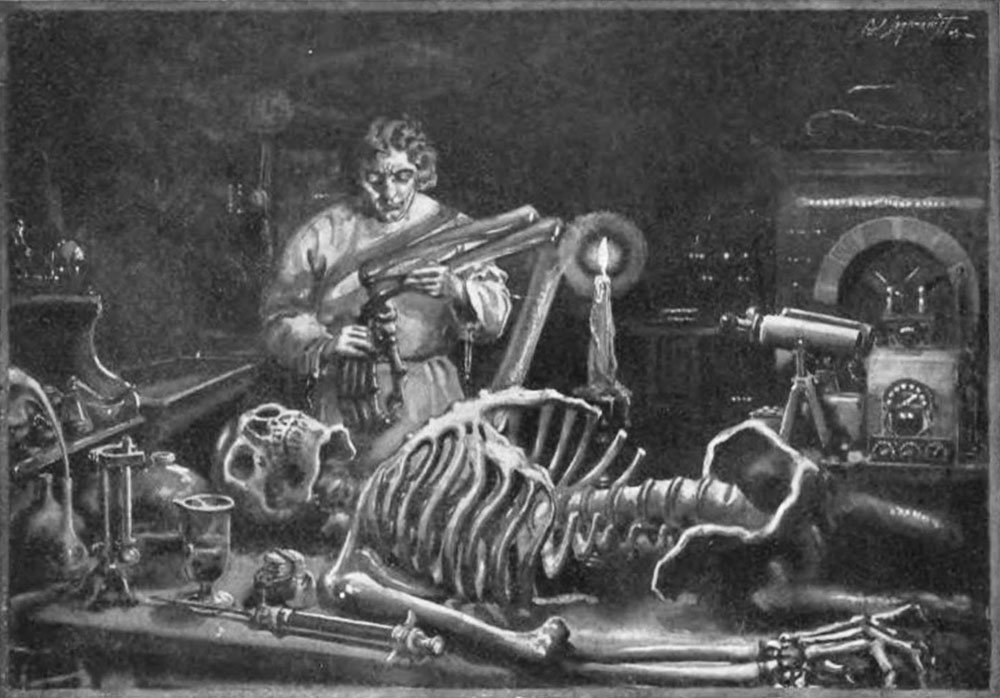