Ronald William Prest Drever, professor of physics, emeritus, at Caltech, passed away on March 7, 2017, in Edinburgh, Scotland. He was 85 years old.

Drever was co-founder of the Laser Interferometer Gravitational-wave Observatory (LIGO), along with Kip S. Thorne (BS '62), Caltech's Richard P. Feynman Professor of Theoretical Physics, Emeritus, and Rainer Weiss, professor of physics, emeritus, at MIT. On September 14, 2015, LIGO made the first-ever observation of ripples in the fabric of space and time called gravitational waves, arriving at Earth from a black hole collision in the distant universe. The detection provided astronomers with an entirely new tool with which to study the universe, ushering in the field of gravitational-wave astronomy.

"Ron was one of the most inventive scientists I've known, and his contributions to LIGO were huge," says Thorne. "His approach to physics was so different from mine: intuitive rather than analytic. He could see things intuitively, quickly, that would take hours for me to understand in my more mundane way with mathematical calculations."

"Ron was enormously curious about everything," recalls Fiona Harrison, the Kent and Joyce Kresa Leadership Chair of the Division of Physics, Mathematics and Astronomy and the Benjamin M. Rosen Professor of Physics at Caltech. "When I first came to Caltech, Ron would make the rounds, dropping in on the postdocs to find out what we were up to, always full of questions. Ron had great intuition, and I usually came away with something new to think about."

Drever was born on October 26, 1931, in Bishopton, Scotland. As a school boy, his family recalls, he built "a rudimentary television out of surplus items from the war and pieces of junk he found in the family garage. The Drever family watched Queen Elizabeth II's coronation on his invention in 1953." He received a bachelor's degree in pure science with honors in 1953 and a PhD in natural philosophy in 1958, both from the University of Glasgow, Scotland.

He began his career working at the University of Glasgow, where he performed a fundamental experiment with P.W. Dougan that set a limit on the mass of the electron neutrino. In another notable experiment, he used Earth's magnetic field to test whether matter out in our Milky Way galaxy would generate an anisotropy of space on Earth, thereby affecting the inertial masses of atomic nuclei. That experiment—named the Hughes-Drever experiment because another scientist, Vernon Hughes of Yale University, performed a similar experiment independently—found the answer to be no, with a level of precision that was unprecedented. In addition, Drever participated with physicist Robert Pound in measurements of the gravitational redshift of photons while visiting at Harvard University.

In 1970, Drever and a young colleague, James Hough, created a research group at Glasgow University working on gravitational-wave detection. Their group built a clever variant of the bar detectors invented by Joseph Weber of the University of Maryland. Bar detectors were the first experiments to attempt to detect gravitational waves. The idea was that the waves would drive the bars to vibrate as they passed by. The bar experiments proved unsuccessful, and Drever's group, in 1973, began building in Glasgow a prototype gravitational-wave interferometer of the sort first envisioned by LIGO co-founder Weiss but with significant changes devised by Drever.

In 1979, Thorne and colleagues recruited Drever to Caltech as a professor of physics to initiate a Caltech research group in gravitational-wave experiments. In 1984, this group teamed up with Weiss's group at MIT and Thorne's Caltech theory group to create LIGO.

Drever made several major contributions to the design of LIGO. As conceived by Weiss, LIGO consists of two 4-kilometer-long arms shaped like an "L" with mirrors at the corner and at the end of each arm. A gravitational wave stretches and squeezes the space between the mirrors, causing their separation to increase along one arm and decrease along the other, and vice versa, in an oscillating fashion. This mirror motion is measured by a laser beam that is split in two at the L's corner. Each of the two new beams enters an arm, bounces back and forth hundreds of times between the arms' mirrors, then recombines with the other beam, producing an oscillating light with an intensity proportional to the arms' motions.

Drever modified the way the light was trapped between the mirrors of each arm: he trapped it resonantly, so the arm functioned as a so-called Fabry-Pérot cavity, an improvement on Weiss's original way of trapping the light with hundreds of discrete bounces on the mirrors. He invented a way to recycle unused light back into the interferometer and a way to tune the interferometer to detect gravitational waves with different characteristics—those with very constant frequencies or those with rapidly changing frequencies, for example.

Relying on earlier ideas of Robert Pound at Harvard, Drever invented a method to make the laser light highly stable in frequency and perfected it in collaboration with John Hall at the University of Colorado. This method, now called Pound-Drever-Hall laser stabilization, has come to be used widely in other areas of science and technology. These various inventions were tested in prototype interferometers that were built at Caltech and in Glasgow under Drever's leadership, and variants of them are now incorporated into LIGO.

Drever retired from his Caltech professorship in 2002.

He was a member of the American Academy of Arts and Sciences, the American Physical Society, and the Royal Society of Edinburgh, and also served as vice president of the Royal Astronomical Society. He held advisory positions to government funding agencies such as the National Science Foundation and the United Kingdom's Astronomy Policy and Grants committee.

In addition to the 2016 Kavli Prize in Astrophysics, the Shaw Prize in Astronomy, the Gruber Prize in Cosmology, and the Special Breakthrough Prize in Fundamental Physics, all earned with Thorne and Weiss, Drever was awarded the American Physical Society's 2007 Einstein Prize with Weiss.

Drever, who was "unique and unconventional but very caring with a strong sense of humour," according to a statement from his family, suffered from dementia and passed away after a rapid deterioration in his health. "Ronald dedicated his lifetime to researching gravitational wave detection through LIGO and despite the fact dementia featured in his latter years, he was still aware of the global recognition that he and his colleagues at Caltech … and also the University of Glasgow had achieved," the family said.

"I spent a wonderful hour talking with Ron last September in Edinburgh after receiving our Kavli Prize," says Thorne. "He was remarkably clear-headed, reminisced with me about our years working together on LIGO, and expressed pleasure in LIGO's success."

He is survived by his brother Ian Drever, niece Anne Walter, nephews John and Douglas, and other family members. 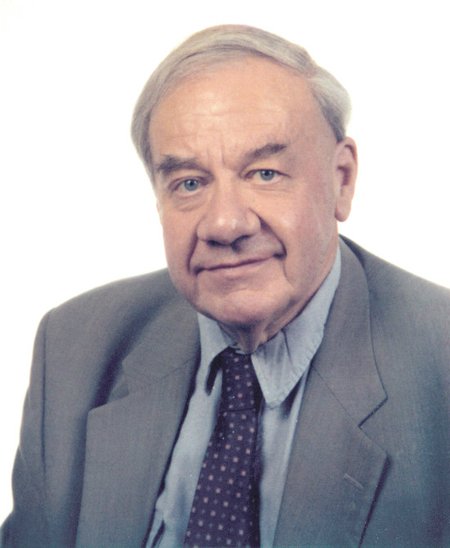 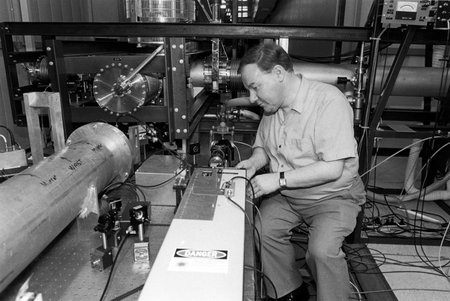 Ronald W. P. Drever, one of the original co-founders of the LIGO project, working in his lab.    Credit: Caltech Archives 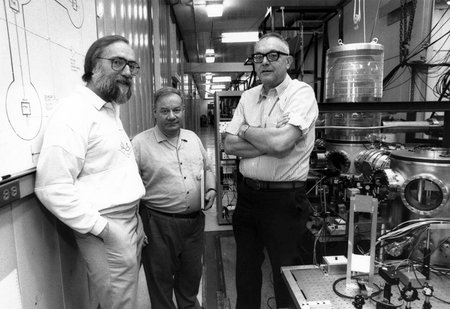 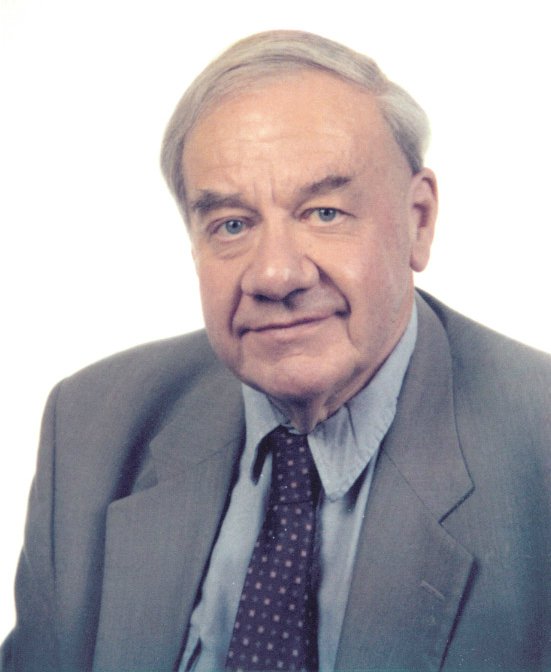 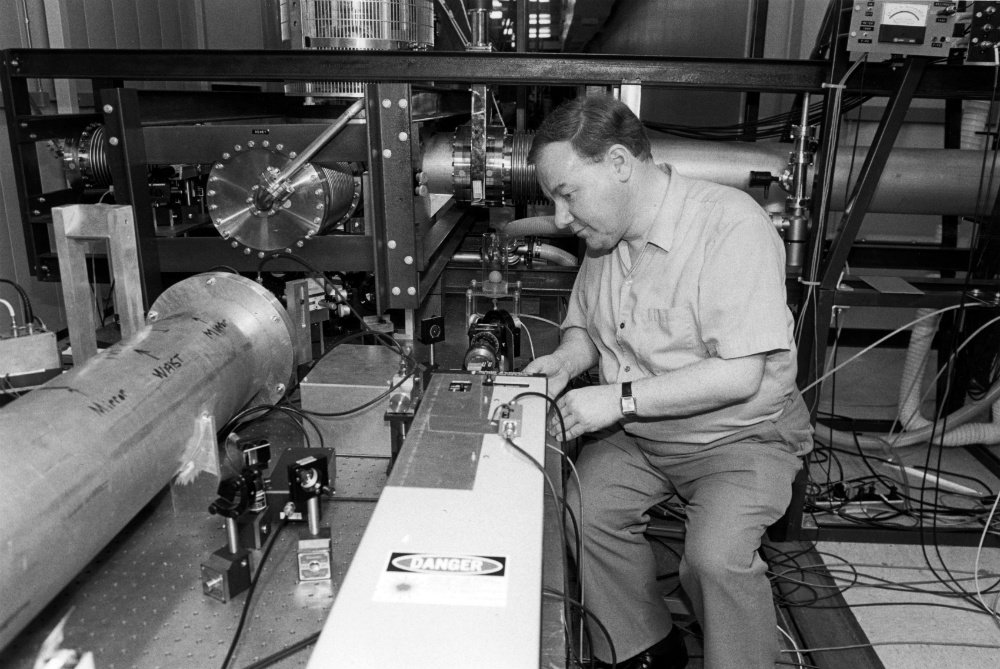 Ronald W. P. Drever, one of the original co-founders of the LIGO project, working in his lab.
Credit: Caltech Archives
Download Full Image 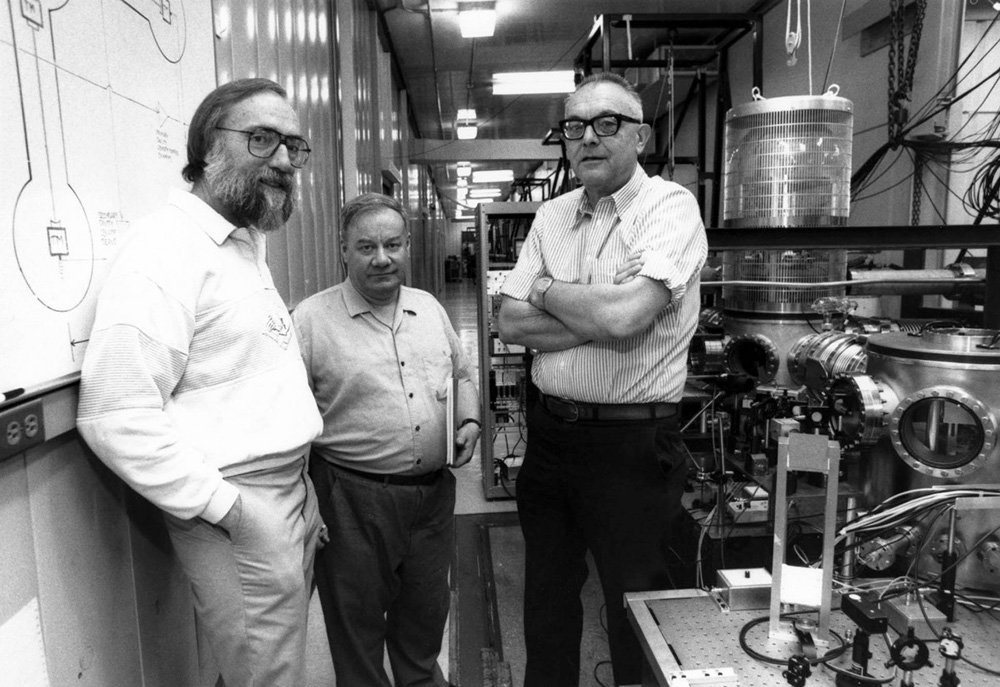