Louis Breger, a professor of psychoanalytic studies, emeritus, at Caltech, and a psychotherapist who authored several books, passed away on June 26, 2020. He was 84 years old.

Breger joined Caltech in 1970 and retired in 1994. His research centered on dreams, reformulations of psychoanalytic theory, psychotherapy process and outcome, personality development, and the application of psychoanalysis to literature. His books include two biographies of Sigmund Freud. His research on dreams used techniques to monitor people's sleep throughout the night and showed that dreams are symbolic attempts to master emotional conflicts rather than wish fulfillments as Freud proposed.

"Lou Breger was one of a kind, a uniquely talented, multi-disciplinary scholar capable of publishing significant work in diverse fields—social science, psychoanalytic theory, biography, and literary studies," says Robert Rosenstone, professor of history, emeritus, at Caltech. "He was a friendly, warm, and supportive colleague, and a brilliant teacher whose psych classes were always packed with adoring Caltech students. When, on several occasions, we co-taught classes, I was dazzled by the breadth of his knowledge and his ability to bring to life for students what are often considered difficult concepts and ideas."

Breger was born in Los Angeles and grew up in the city. He received his bachelor's degree from UCLA in 1957 and his PhD from Ohio State University in 1961. Before joining Caltech in 1970, he taught at UC Berkeley, the University of California Medical School in San Francisco, and the University of Oregon.

Breger was also a practicing psychotherapist. He graduated from the Southern California Psychoanalytic Institute in 1979, where he became a training and supervising analyst. While there, he received the Franz Alexander Essay Award and the Distinguished Teaching Award. In 1990, he created the Institute of Contemporary Psychoanalysis (ICP) with colleagues, and served as the founding president from 1990 to 1993. The ICP is a non-hierarchical training institute and reflects Breger's commitment to open and democratic education.

He is survived by his three adult children and eight grandchildren. 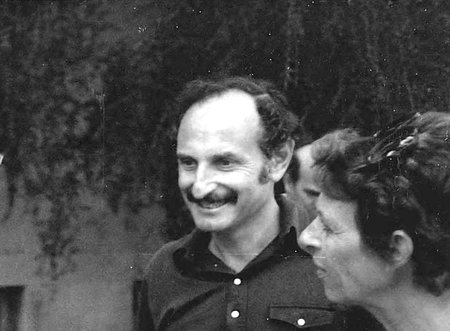