Aadith Moorthy, a senior majoring in materials science and computer science, has been named to the inaugural class of Knight-Hennessy Scholars, a graduate-level scholarship program founded by Stanford University.

The program provides full tuition, room and board, and a living stipend to its scholars to study in any Stanford graduate school. It also provides leadership training, and will bring the scholars into contact with national and world leaders.

Moorthy is joined by 48 other students from 20 countries in the program's first cohort. He plans to complete a PhD in materials science at Stanford and pursue his longtime goal of developing technologies that improve access to water and energy sources. As a student at Caltech, he has worked in the lab of Brent Fultz, the Barbara and Stanley R. Rawn, Jr., Professor of Materials Science and Applied Physics, researching ways to store hydrogen fuel. He's also the founder of ConserWater Technologies, a startup that uses artificial intelligence to help farmers use their irrigation water more efficiently.

"This is a culmination of the past four years of my efforts at Caltech and would not have been possible without the supportive environment at Caltech, especially my professors: Professor Fultz, Professor [Katherine] Faber, Professor [David] Tirrell and many more," Moorthy says.

Moorthy said the qualification process was challenging, including a weekend in which he and other candidates were interviewed by former Secretary of State Condoleezza Rice, former U.S. Ambassador to Russia Mike McFaul, and the scholarship's namesakes: Phil Knight, the founder of Nike, and John Hennessy, former Stanford president and current chairman of the board of Alphabet, Google's parent company.

"Aadith is an exceptional person," says Lauren Stolper, director of Fellowships Advising, Study Abroad and the Career Development Center. "As a member of the inaugural class of Knight-Hennessy Scholars at Stanford, he will continue his commitment to finding solutions to important problems that impact real people."

This is not the first award for Moorthy, a native of Palm Harbor, Florida. In 2017, he was awarded a scholarship by the Barry Goldwater Scholarship and Excellence in Education Program. The program, established by Congress in 1986 to honor the late Senator Barry Goldwater, provides scholarships that cover the cost of tuition, other fees, books, and room and board for one or two academic years. Moorthy is also notable for winning the 2010 National Geographic Bee at the age of 13. When he was 16, he correctly answered every question on the AP calculus exam, becoming one of only 11 people to do so that year.

For more information about the Knight-Hennessy Scholars program, visit its website. 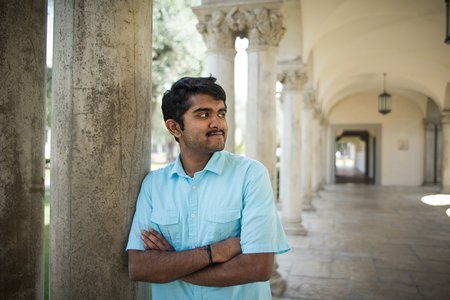 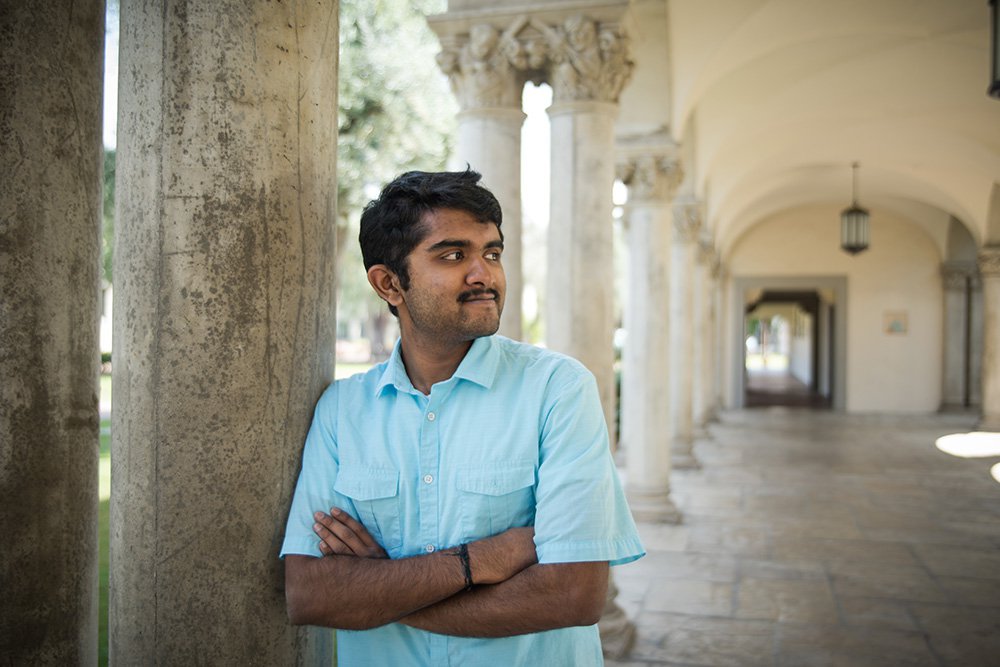