Skip to main content
Home  /  About  /  News  /  Cultures Across Cultures: Senior Receives Prestigious Fellowship to Study Yogurts of the World

Cultures Across Cultures: Senior Receives Prestigious Fellowship to Study Yogurts of the World

Liana Merk, a senior in bioengineering, has been selected to receive a Thomas J. Watson Fellowship, a grant that offers graduating seniors the opportunity to pursue independent projects outside of the United States.

Merk's project, titled "Cultures Across Cultures," will take her around the world to sequence and study the DNA of bacterial cultures within local yogurts. Many different countries have some form of fermented milk similar to yogurt, but the fermentation processes vary widely, along with the types of microbes that produce the product. Merk will be looking for genetic signatures that indicate how strains of bacteria have traveled and evolved across cultures.

Over the course of her Watson year, Merk's project will take her first to Iceland, where she will collaborate with experts who study glacier microbiomes, to see if temperature-resistance genes are also expressed in yogurt microbes that undergo freeze/thaw processes. Next on the itinerary is Greece, where she will stay at a family-owned sheep farm that has passed down its own yogurt recipe for 200 years. In the inner-Mongolian region of China, Merk will study a rural practice of making yogurt from horse milk in a horsehide container. Stopping next in Japan, where yogurt was not popular until a Japanese-Bulgarian collaboration introduced the product in 1971, Merk will visit local soy-fermenting factories to examine if any microbes or fermentation procedures have crossed over between yogurt fermentation and soy fermentation. Merk will then head to Ireland to work with researchers who study how yogurt proteins benefit cardiovascular health. In each country, she will collect yogurt samples and extract the DNA present, then ship the DNA to a lab in Zurich, which will be her last stop on the trip. There, she will conduct metagenomic sequencing, a comprehensive type of DNA sequencing technology, and build a global family tree of yogurt microbes. She will relay her findings back to the farmers, fermenters, and families she met along her journey to bring an international perspective to the sharing of microbes across cultures.

"I also will travel to pretty small-scale local farms that do naturally fermented yogurt. Instead of introducing cultures from freezers like a lot of big companies do, they really rely on the air and the wooden tools that they're using to naturally introduce bacteria that are present in the environment. I'll be sampling the areas around the yogurt making facilities and determining if we can see that microbes are migrating into these naturally fermented yogurts."

Merk's interest in small-scale yogurt making goes back to her childhood.

"My grandmother taught me how to make Persian yogurt, which we consume with rice and stews, with savory meals. Whereas my dad and the American side of my family eats yogurt with strawberries and granola. It's just two very different perspectives, and this got me really curious how different cultures think about microbes and the foods they are present in."

At Caltech, Merk has conducted research in the lab of Richard Murray (BS '85)—Thomas E. and Doris Everhart Professor of Control and Dynamical Systems and Bioengineering, and William K. Bowes Jr. Leadership Chair of the Division of Biology and Biological Engineering—to develop engineered bacteria that can detect and respond to gut inflammation. After her Watson year, Merk plans to pursue a PhD in biophysics at Harvard University.

"I've been really inspired by the different fields of expertise at Caltech. It's opened my eyes that there is no singular path in biology; there are so many different courses taught by experts in their field at Caltech that I've gotten the chance to take through bioengineering. I've just been really grateful to be exposed to so many different exciting parts of biology. Over the past remote year, I have realized that studying microbes doesn't really have to take place in a lab, there are fascinating, and much more delicious, experiments we can do in our kitchens. Biology is everywhere and even in the foods that we eat." 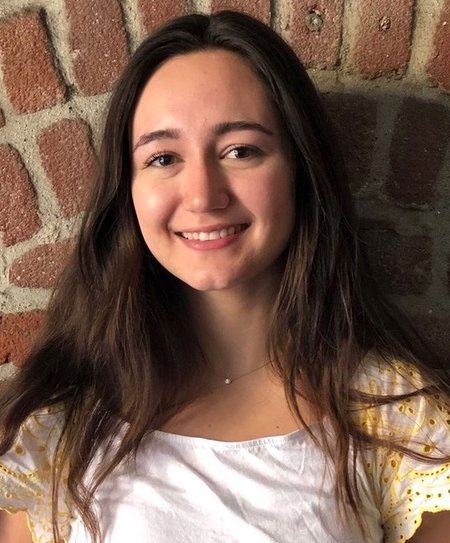