For the first time, engineers at Caltech have created a stable ring of plasma in open air—essentially capturing lightning in a bottle, but without the bottle.

Matter can exist in four distinct phases: solid, liquid, gas, and plasma. Plasmas are made of charged particles—ions and electrons—and occur naturally on Earth as lightning, in the weather phenomenon called St. Elmo's fire (in which glowing balls of light sometimes appear on pointed objects during storms), and in man-made objects such as fluorescent light bulbs and plasma cutting torches.

Usually, plasmas do not have clearly defined shapes of their own. Lightning follows a path of least resistance through the air, creating wildly forking structures, while man-made plasmas are constrained by vacuum chambers or electromagnetic fields.

As such, Morteza (Mory) Gharib (PhD '83), the Hans W. Liepmann Professor of Aeronautics and Bioinspired Engineering at Caltech, says he was surprised when he and his team were able to generate a stable ring of plasma in open air using just a stream of water and a crystal plate. Their findings will be published in the Proceedings of the National Academy of Sciences the week of November 13.

"We were told by some colleagues this wasn't even possible. But we can create a stable ring and maintain it for as long as we want, no vacuum or magnetic field or anything," says co-author Francisco Pereira of the Marine Technology Research Institute in Italy, a visiting scholar at Caltech.

The stream of water is an 85-micron-diameter jet blasting from a specially designed nozzle at 9,000 pounds per square inch that strikes the crystal plate with an impact velocity of around 1,000 feet per second. For reference, that's a stream narrower than a human hair moving about as fast as a bullet fired from a handgun.

In their study, Gharib and his team experimented with both crystal plates of quartz and lithium niobate, each of which can induce the triboelectric effect—in which an electric charge builds up because of friction with another material. When the jet hits the crystal, the water creates a smooth, laminar flow of positively charged ions across the negatively charged surface. At the shear region, where the stream strikes the surface and flows outward across it, the triboelectric effect triggers a high flow of electrons through the water to its surface. This flow of electrons ionizes the atoms and molecules in the surrounding gas near the surface of the water, creating a donut, or torus, of glowing plasma that is dozens of microns in diameter and visible under a microscope.

Gharib and his team fired the water jet at surfaces of different textures and found that the smoother the surface, the clearer the structure of the plasma ring. The ring is stable, and as long as the water continues to flow, the ring maintains its shape and size.

In addition, engineers working with the plasma noticed that their cell phones encountered high levels of radio frequency noise—static—while they were in the same room as the experiment. It turns out that the plasma ring emits distinct radio frequencies. "That's never been seen before. We think it's because of the piezo properties of the materials that we used in our experiments," Pereira says, referring to the materials' ability to be electrically polarized through mechanical stress—in this case, the flowing of water.

Gharib has applied for a patent on the torus-generating technique. Though it does not have any immediate commercial applications, the ability to generate a stable ring of plasma without powerful electromagnetic fields or vacuum suggests the possible use of plasma structures to store energy, Gharib says. 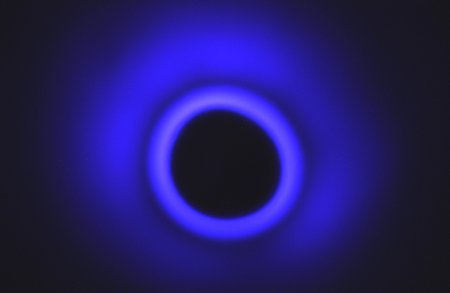 A torus of plasma, viewed from above. The ring is created by a jet of water striking a crystal plate. Credit: Mory Gharib/Caltech VIDEO: Stable Plasma Torus Credit: Caltech 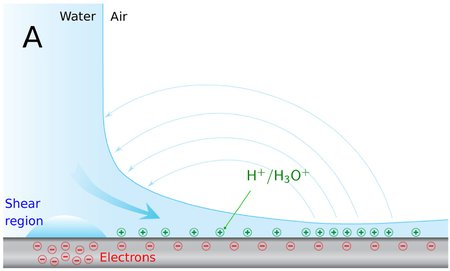 The illustration depicts how the ring is created, in profile. At the shear region, the flow of water induces the triboelectric effect in the crystal, building an electrical charge that flows through the water to its surface. Credit: Mory Gharib/Caltech
Image Gallery Lightbox 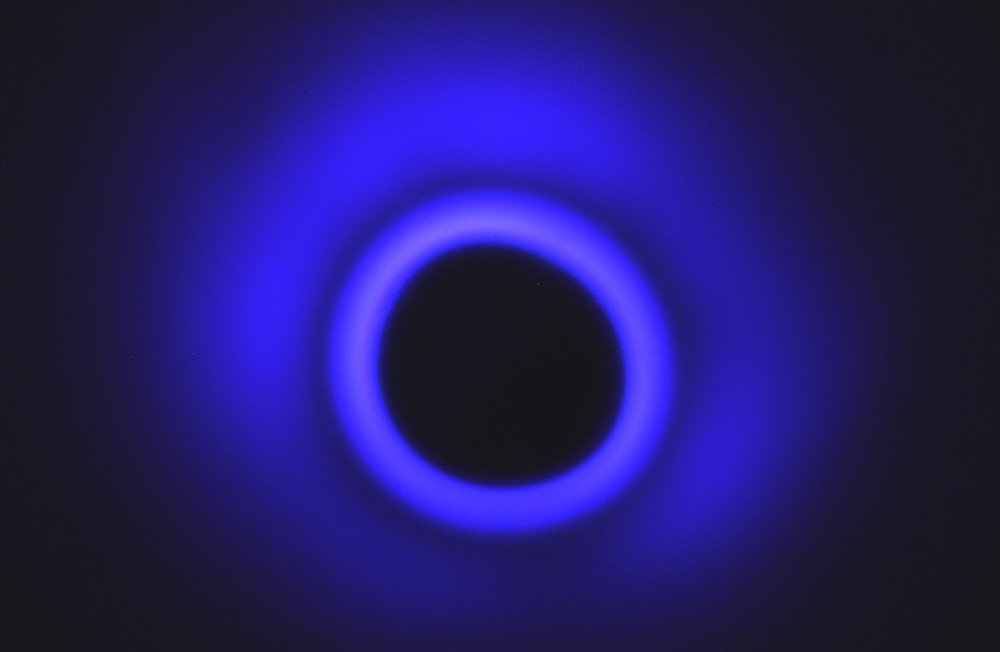 A torus of plasma, viewed from above. The ring is created by a jet of water striking a crystal plate.
Credit: Mory Gharib/Caltech
Download Full Image 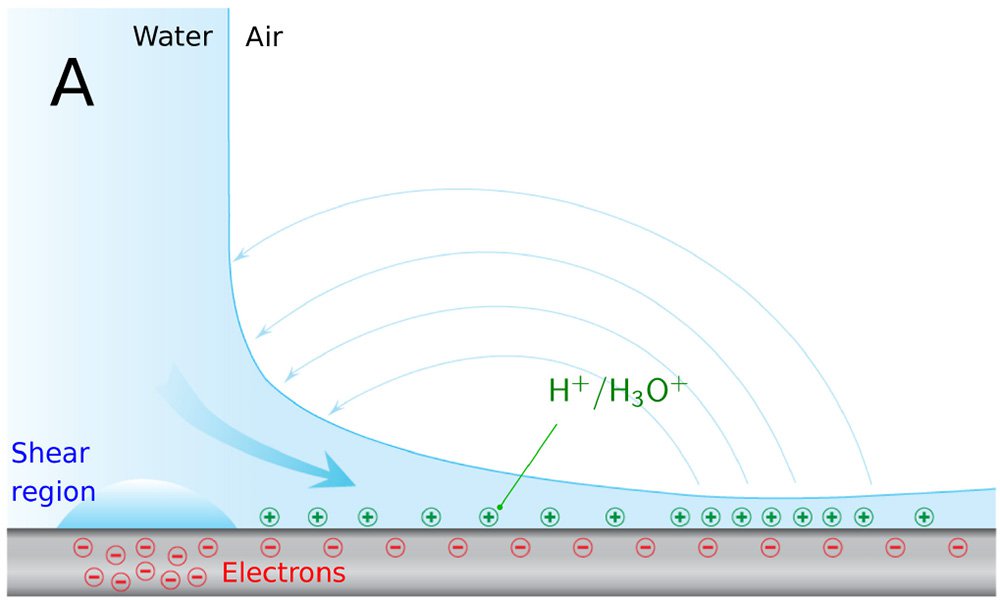 The illustration depicts how the ring is created, in profile. At the shear region, the flow of water induces the triboelectric effect in the crystal, building an electrical charge that flows through the water to its surface.
Credit: Mory Gharib/Caltech
Download Full Image