The future of optics

The next generation of electronic devices, ranging from personal health monitors and augmented reality headsets to sensitive scientific instruments that would only be found in a laboratory, will likely incorporate components that use metasurface optics, according to Andrei Faraon, professor of applied physics in Caltech's Division of Engineering and Applied Science. Metasurface optics manipulate light similarly to how a lens might—bending, focusing, or reflecting it—but do so in a finely controllable way using carefully designed microscopic structures on an otherwise flat surface. That makes them both compact and finely tunable, attractive qualities for electronic devices. However, engineers will need to overcome several challenges to make them widespread.

Most optical systems require more than a single metasurface to function properly. In metasurface-based optical systems, most of the total volume inside the device is just free space through which light propagates between different elements. The need for this free space makes the overall device difficult to scale down, while integrating and aligning multiple metasurfaces into a single device can be complicated and expensive.

To overcome this limitation, the Faraon group has introduced a technology called "folded metasurface optics," which is a way of printing multiple types of metasurfaces onto either side of a substrate, like glass. In this way, the substrate itself becomes the propagation space for the light. As a proof of concept, the team used the technique to build a spectrometer, which is a scientific instrument for splitting light into different colors, or wavelengths, and measuring their corresponding intensities. (Spectrometers are used in a variety of fields; for example, in astronomy they are used to determine the chemical makeup of stars based on the light they emit.) The spectrometer built by Faraon's team is 1 millimeter thick and is composed of three reflective metasurfaces placed next to each other that split and reflect light, and ultimately focus it onto a detector array. It was fabricated at the Kavli Nanoscience Institute, and its design is described in a paper published by Nature Communications on October 10.

What it could be used for

A compact spectrometer like the one developed by Faraon's group has a variety of uses, including as a noninvasive blood-glucose measuring system that could be invaluable for diabetes patients. The platform uses multiple metasurface elements that are fabricated in a single step, so, in general, it provides a potential path toward complex but inexpensive optical systems. 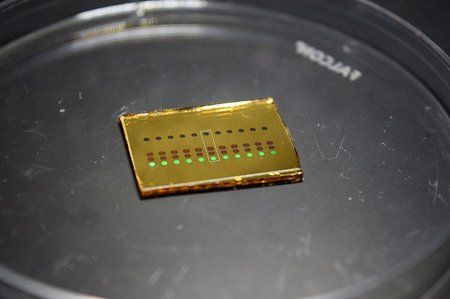 An array of 11 metasurface-based optical spectrometers, pictured here before the final fabrication step. Each spectrometer is composed of three metasurfaces that disperse and focus light with different wavelengths to different points. Credit: Faraon Lab/Caltech
Image Lightbox 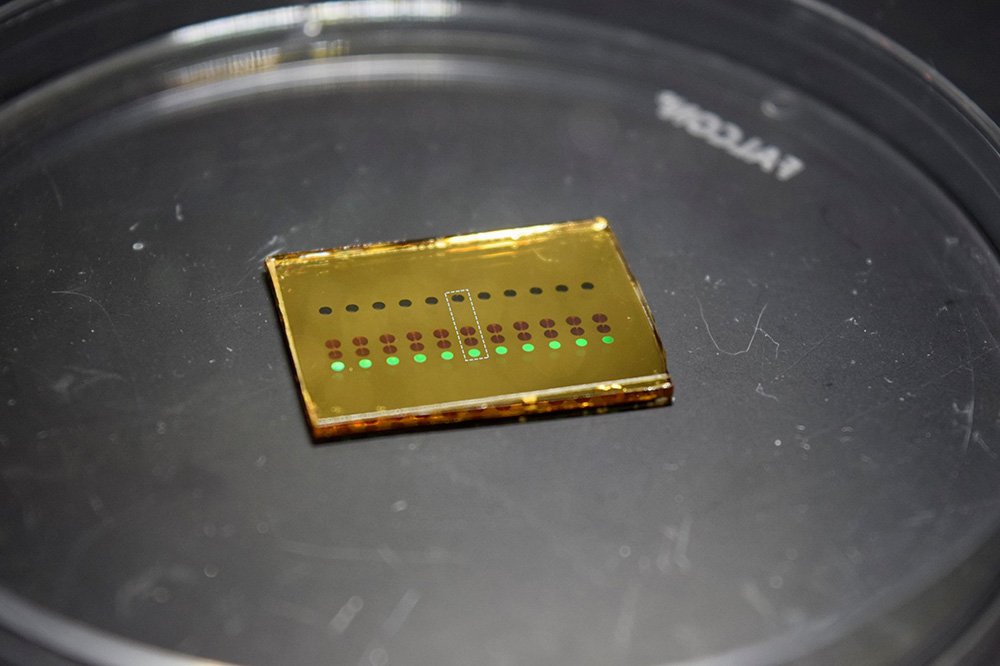