After nearly 17 years of leading the Thirty Meter Telescope (TMT) as project manager, Gary Sanders retired at the beginning of 2021. He had been responsible for managing the design and construction of the telescope since its inception in 2004.

An accomplished scientist and manager of scientific megaprojects, Sanders says he already knew he wanted to become an experimental elementary-particle physicist when he was 8 years old.

"I never wasn't interested in science," he says. "I still don't understand what it is that makes me, or makes someone, a scientist. My mother once showed me, when I already had a doctor's degree, a paragraph that I wrote in third grade, which said that I wanted to grow up and be an experimental elementary-particle physicist. That would have been in 1954."

Sanders's career path in scientific project management started early, in 1961, as chair of the Cyclotron Club at Stuyvesant High School in Manhattan, where he helped construct a particle accelerator. He went on to attend Columbia University, earning a bachelor's degree in physics. He then attended MIT and worked on an experiment at the German national lab DESY (Deutsches Elektronen-Synchrotron) under Samuel Ting, who would win the 1976 Nobel Prize in Physics.

"Gary was my first student at MIT," said Ting. "He was able to think creatively and act very quickly and accurately, which are important qualities for a physicist. We worked on very difficult experiments together, and Gary managed to master all of them."

After earning a PhD from MIT in high-energy physics, Sanders became an assistant professor at Princeton University and later joined the Los Alamos National Laboratory in New Mexico, where he served in several positions, including as principal investigator and program manager for High Energy Physics. He then became project manager and head of the GEM (Gamma, Electron, Muon) detector department for the Superconducting Super Collider (SSC) Laboratory, which was designed to be the largest particle accelerator ever constructed.

Barry Barish, Ronald and Maxine Linde Professor of Physics, Emeritus, who worked with Sanders while at SSC, says his former colleague "has a dual personality that is almost unique in science. On one side, he is very much a scientist trained at the highest level as a physicist, and on the other side, he is more of an engineer. This breadth of abilities enables him to manage large, complicated projects like the SSC because he not only understands the science but also the subtleties required to pull it all together." Unfortunately, the SSC project was canceled by Congress in 1993.

In 1994, Barish recruited Sanders to serve as project manager and deputy director of the Laser Interferometer Gravitational-wave Observatory (LIGO), the most expensive scientific project ever funded by the National Science Foundation. He oversaw the construction of Initial LIGO, beginning in 1994, as well as the development and approval of the next phase of LIGO, called Advanced LIGO.

Advanced LIGO was dedicated in May 2015, and that September, for the first time in human history, it detected gravitational waves—ripples in spacetime created by the merging of two massive black holes some 1.3 billion light-years away. This achievement earned Barish, Kip Thorne, and Rainer Weiss the 2017 Nobel Prize in Physics.

In 2004, Sanders became the project manager of TMT, a new class of extremely large telescopes that will allow astronomers to see deeper into space and observe cosmic objects with unprecedented sensitivity. The nonprofit collaboration includes Caltech, the University of California, the National Institutes of Natural Sciences of Japan, the National Astronomical Observatories of the Chinese Academy of Sciences, the Department of Science and Technology of India, and Canada's National Research Council.

Over the last 16 years, Sanders played an integral role in assembling a world-class team and steering the project from its early conceptual phases to a technically mature billion-dollar project. Despite uncertainties surrounding the telescope's final location, he was instrumental in keeping the design and production of the telescope's many parts, systems, and instruments moving forward among the international partnership.

In February 2019, Sanders paved the way for future funding for TMT with a presentation to the National Academy of Sciences' Decadal Survey on Astronomy and Astrophysics 2020 as well as the submission of a planning and design proposal to the National Science Foundation in collaboration with US-ELTP partners.

"Gary is an all-around experienced, smart engineer," said TMT executive director Ed Stone. "He really understands what it means to manage a project and not just from a technical standpoint. He understands human nature, legal issues, organizational challenges, and you can tell his satisfaction comes from laying out a plan and achieving success on projects that truly make a difference." 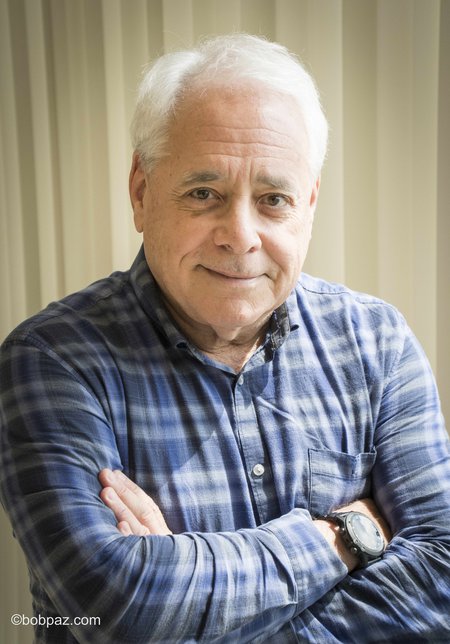