Researchers around the world are trying to develop solar-driven generators that can split water, yielding hydrogen gas that could be used as clean fuel. Such a device requires efficient light-absorbing materials that attract and hold sunlight to drive the chemical reactions involved in water splitting. Semiconductors like silicon and gallium arsenide are excellent light absorbers—as is clear from their widespread use in solar panels. However, these materials rust when submerged in the type of water solutions found in such systems.

Now Caltech researchers at the Joint Center for Artificial Photosynthesis (JCAP) have devised a method for protecting these common semiconductors from corrosion even as the materials continue to absorb light efficiently. The finding paves the way for the use of these materials in solar-fuel generators.

"For the better part of a half century, these materials have been considered off the table for this kind of use," says Nate Lewis, the George L. Argyros Professor and professor of chemistry at Caltech, and the principal investigator on the paper. "But we didn't give up on developing schemes by which we could protect them, and now these technologically important semiconductors are back on the table."

The research, led by Shu Hu, a postdoctoral scholar in chemistry at Caltech, appears in the May 30 issue of the journal Science.

In the type of integrated solar-fuel generator that JCAP is striving to produce, two half-reactions must take place—one involving the oxidation of water to produce oxygen gas; the other involving the reduction of water, yielding hydrogen gas. Each half-reaction requires both a light-absorbing material to serve as the photoelectrode and a catalyst to drive the chemistry. In addition, the two reactions must be physically separated by a barrier to avoid producing an explosive mixture of their products.

Historically, it has been particularly difficult to come up with a light-absorbing material that will robustly carry out the oxidation half-reaction. Researchers have tried, without much success, a variety of materials and numerous techniques for coating the common light-absorbing semiconductors. The problem has been that if the protective layer is too thin, the aqueous solution penetrates through and corrodes the semiconductor. If, on the other hand, the layer is too thick, it prevents corrosion but also blocks the semiconductor from absorbing light and keeps electrons from passing through to reach the catalyst that drives the reaction.

At Caltech, the researchers used a process called atomic layer deposition to form a layer of titanium dioxide (TiO2)—a material found in white paint and many toothpastes and sunscreens—on single crystals of silicon, gallium arsenide, or gallium phosphide. The key was that they used a form of TiO2 known as "leaky TiO2"—because it leaks electricity. First made in the 1990s as a material that might be useful for building computer chips, leaky oxides were rejected as undesirable because of their charge-leaking behavior. However, leaky TiO2 seems to be just what was needed for this solar-fuel generator application. Deposited as a film, ranging in thickness between 4 and 143 nanometers, the TiO2 remained optically transparent on the semiconductor crystals—allowing them to absorb light—and protected them from corrosion but allowed electrons to pass through with minimal resistance.

On top of the TiO2, the researchers deposited 100-nanometer-thick "islands" of an abundant, inexpensive nickel oxide material that successfully catalyzed the oxidation of water to form molecular oxygen.

The work appears to now make a slew of choices available as possible light-absorbing materials for the oxidation side of the water-splitting equation. However, the researchers emphasize, it is not yet known whether the protective coating would work as well if applied using an inexpensive, less-controlled application technique, such as painting or spraying the TiO2 onto a semiconductor. Also, thus far, the Caltech team has only tested the coated semiconductors for a few hundred hours of continuous illumination.

"This is already a record in terms of both efficiency and stability for this field, but we don't yet know whether the system fails over the long term and are trying to ensure that we make something that will last for years over large areas, as opposed to weeks," says Lewis. "That's the next step."

The work, titled "Amorphous TiO2 Coatings Stabilize Si, GaAs, and GaP Photoanodes for Efficient Water Oxidation," was supported by the Office of Science of the U.S. Department of Energy through an award to JCAP, a DOE Energy Innovation Hub. Some of the work was also supported by the Resnick Sustainability Institute and the Beckman Institute at Caltech. Additional coauthors on the paper are graduate students Matthew Shaner, Joseph Beardslee, and Michael Lichterman, as well as Bruce S. Brunschwig, director of the Molecular Materials Resource Center at Caltech. 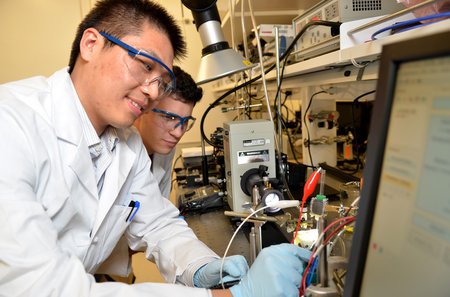 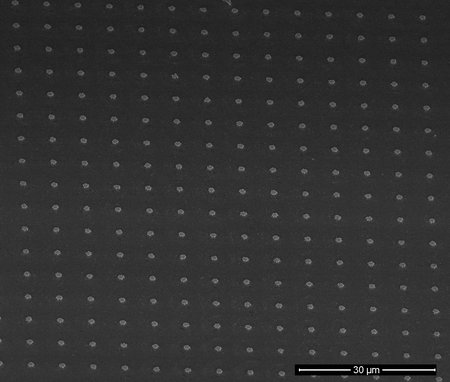 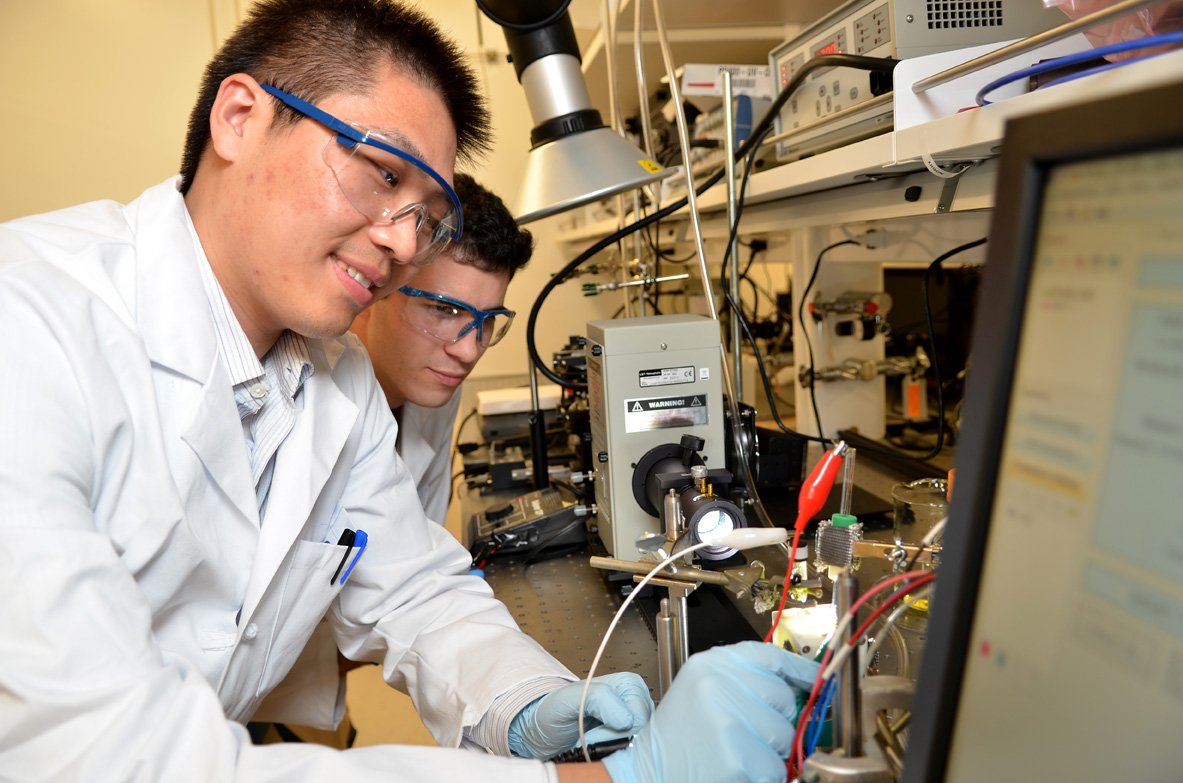 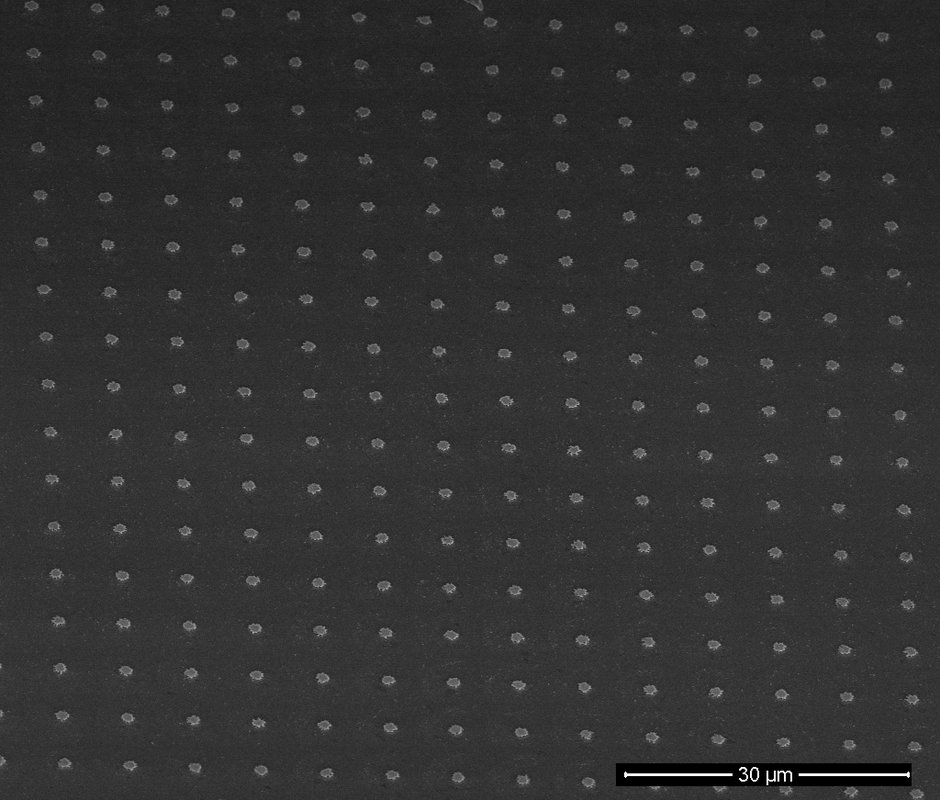