John D. ("Jack") Roberts, Institute Professor of Chemistry, Emeritus, at Caltech and former provost, passed away on October 29, 2016. He was 98.

Roberts was a pioneer in the field of physical organic chemistry. He brought nuclear magnetic resonance (NMR) spectroscopy to organic chemistry, allowing chemists to determine the structures of complex biological molecules. He also used radioactive tracers to study the thermal rearrangements of small-ring hydrocarbons to better understand how the reactions work on a mechanistic level.

"Jack Roberts put a firm intellectual underpinning to how reactions in organic chemistry proceed from reactant to product," says Peter Dervan, the Bren Professor of Chemistry at Caltech. "He was truly one of the early pioneers in the early 1950s, developing methods to characterize transient intermediates in chemical reactions."

"Jack Roberts epitomized what makes Caltech special—a great scientist and educator, crossing disciplinary boundaries, to make a difference in all of our lives," says Jacqueline Barton, the Arthur and Marian Hanisch Memorial Professor of Chemistry and Norman Davidson Leadership Chair in the Division of Chemistry and Chemical Engineering.

Roberts earned many awards for his scientific achievements, including the American Chemical Society's top prize, the Priestley Medal, in 1987, and the National Medal of Science in 1990. In 1998, Chemical & Engineering News named him as one of the 75 most influential chemists in the last 75 years. When he was elected to the National Academy of Sciences in 1956 at the age of 38, he was the youngest member elected at that time.

George Whitesides, a professor of chemistry at Harvard University who received his Caltech PhD from Roberts in 1964, remembers him as "one of the last of a generation of giants in academic science," adding, "the world will be much the poorer without him—adamantine intellectual standards, rigorous honesty, incorrigible bossiness, adventurousness, warmth, generosity, and all the rest."

One of his key discoveries was of a transitional compound in organic reactions involving the carbon-containing ring called benzene. Roberts discovered in 1953 that benzene can be converted to a short-lived unstable compound named benzyne, in which two of the carbons in the six-membered ring are connected to each other by a triple bond.

"When he first proposed benzyne, nobody believed it. This is certainly one of his landmark discoveries," says Harry Gray, Caltech's Arnold O. Beckman Professor of Chemistry and founding director of the Beckman Institute. "Benzene goes to benzyne with a rearrangement of chemical bonds, and the chemical bonds that Jack Roberts proposed were really off the charts at the time."

Back in the 1950s, long before magnetic resonance imaging (MRI) machines became a staple of orthopedic clinics, Roberts's work with NMR revolutionized organic chemistry, enabling chemists to characterize the structure of organic molecules and to study rapidly equilibrating conformations, or shapes, of molecules in solution.

Roberts got his first exposure to the power of NMR spectroscopy on a 1954 consulting trip to the Du Pont chemical company, a firm with which he maintained a lifelong relationship. At Caltech, chemistry division chair Linus Pauling bought an NMR machine for Roberts for the study of organic compounds—the first such machine ever to be sold to a university. Through the years, Roberts helped develop more complex methods for NMR spectroscopy and ultimately was able to use the technique to obtain structural information for large biological molecules, such as steroids and enzymes.

A native of Los Angeles, Roberts was born on June 8, 1918. He graduated from Los Angeles High in 1936 along with his future wife, Edith. The two married in 1942. Roberts received both his bachelor of arts (1941) and his doctorate (1944) degrees from the University of California, Los Angeles (UCLA). Following positions at UCLA, Harvard, and the Massachusetts Institute of Technology, he came to Caltech in 1952 and became a professor of organic chemistry in 1953. In 1972, he was appointed Institute Professor of Chemistry and, in 1988, Institute Professor of Chemistry, Emeritus, and lecturer.

Roberts was an outdoors enthusiast and avid tennis player. He was also a family man, with four children. He and his wife were active philanthropists in the Pasadena area, and supported the Pasadena Symphony, as well at Caltech, through the Caltech Associates program, which they joined in 1978.

"Jack Roberts and his wife, Edith made a big impact not only on the Caltech campus but on the entire Pasadena community," says Dervan.

Roberts brought the first female graduate student, Dorothy Semenow, to Caltech when he moved from MIT in 1952. "He was very proud of opening a pathway for women students at Caltech," says Barton.

He published more than 540 papers and authored or coauthored 12 textbooks, including ABCs of FT-NMR and Basic Principles of Organic Chemistry. In 1990, he published his autobiography, The Right Place at the Right Time.

In addition to the Priestley Medal and the National Medal of Science, Roberts was the recipient of the Glenn T. Seaborg Medal (1991), the Chemical Pioneer Award of the American Institute of Chemists and the Arthur C. Cope Award of the American Chemical Society (both in 1994), the NAS Award in Chemical Sciences (1999), the NAS Award for Chemistry in Service to Society (2009), and the American Institute of Chemists Gold Medal (2013), among many other honors.

He is survived by his four children—Anne, Donald, John, and Allen—as well as nine grandchildren and one great grandchild. Three of his children are doctors and the other is an electrical engineer and entrepreneur. 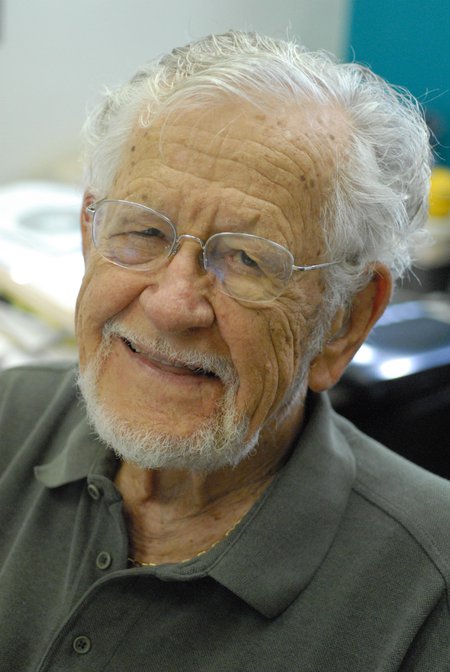 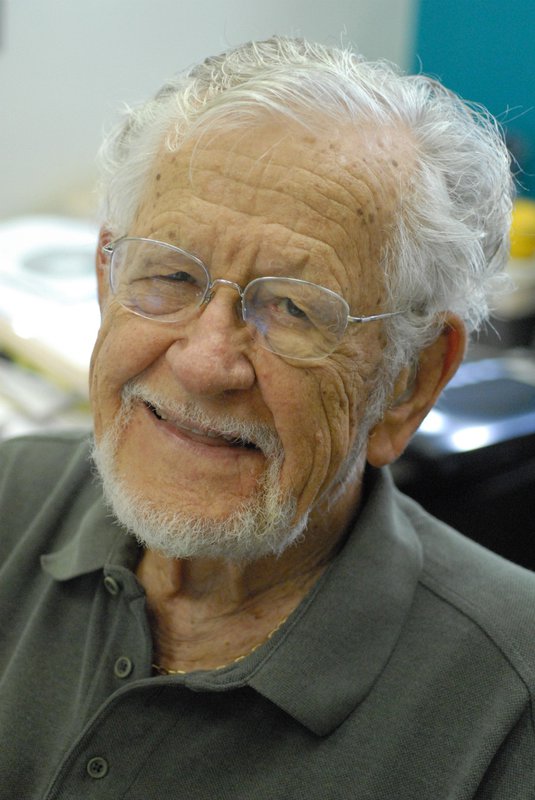