Long and Winding Road: A Conversation with String Theory Pioneer

The decades-long quest for a theory that would unify all the known forces—from the microscopic quantum realm to the macroscopic world where gravity dominates—has had many twists and turns. The current leading theory, known as superstring theory and more informally as string theory, grew out of an approach to theoretical particle physics, called S-matrix theory, which was popular in the 1960s. Caltech's John H. Schwarz, the Harold Brown Professor of Theoretical Physics, Emeritus, began working on the problem in 1971, while a junior faculty member at Princeton University. He moved to Caltech in 1972, where he continued his research with various collaborators from other universities. Their studies in the 1970s and 1980s would dramatically shift the evolution of the theory and, in 1984, usher in what's known as the first superstring revolution.

Essentially, string theory postulates that our universe is made up, at its most fundamental level, of infinitesimal tiny vibrating strings and contains 10 dimensions—three for space, one for time, and six other spatial dimensions curled up in such a way that we don't perceive them in everyday life or even with the most sensitive experimental searches to date. One of the many states of a string is thought to correspond to the particle that carries the gravitational force, the graviton, thereby linking the two pillars of fundamental physics—quantum mechanics and the general theory of relativity, which includes gravity.

We sat down with Schwarz to discuss the history and evolution of string theory and how the theory itself might have moved past strings.

What are the earliest origins of string theory?

The first study often regarded as the beginning of string theory came from an Italian physicist named Gabriele Veneziano in 1968. He discovered a mathematical formula that had many of the properties that people were trying to incorporate in a fundamental theory of the strong nuclear force [a fundamental force that holds nuclei together]. This formula was kind of pulled out of the blue, and ultimately Veneziano and others realized, within a couple years, that it was actually describing a quantum theory of a string—a one-dimensional extended object.

How did the field grow after this paper?

In the early '70s, there were several hundred people worldwide working on string theory. But then everything changed when quantum chromodynamics, or QCD—which was developed by Caltech's Murray Gell-Mann [Nobel Laureate, 1969] and others—became the favored theory of the strong nuclear force. Almost everyone was convinced QCD was the right way to go and stopped working on string theory. The field shrank down to just a handful of people in the course of a year or two. I was one of the ones who remained.

Gell-Mann is the one who brought me to Caltech and was very supportive of my work. He took an interest in studies I had done with a French physicist, André Neveu, when we were at Princeton. Neveu and I introduced a second string theory. The initial Veneziano version had many problems. There are two kinds of fundamental particles called bosons and fermions, and the Veneziano theory only described bosons. The one I developed with Neveu included fermions. And not only did it include fermions but it led to the discovery of a new kind of symmetry that relates bosons and fermions, which is called supersymmetry. Because of that discovery, this version of string theory is called superstring theory.

When did the field take off again?

A pivotal change happened after work I did with another French physicist, Joël Scherk, whom Gell-Mann and I had brought to Caltech as a visitor in 1974. During that period, we realized that many of the problems we were having with string theory could be turned into advantages if we changed the purpose. Instead of insisting on constructing a theory of the strong nuclear force, we took this beautiful theory and asked what it was good for. And it turned out it was good for gravity. Neither of us had worked on gravity. It wasn't something we were especially interested in but we realized that this theory, which was having trouble describing the strong nuclear force, gives rise to gravity. Once we realized this, I knew what I would be doing for the rest of my career. And I believe Joël felt the same way. Unfortunately, he died six years later. He made several important discoveries during those six years, including a supergravity theory in 11 dimensions.

That changed after I met Michael Green [a theoretical physicist then at the University of London and now at the University of Cambridge], at the CERN cafeteria in Switzerland in the summer of 1979. Our collaboration was very successful, and Michael visited Caltech for several extended visits over the next few years. We published a number of papers during that period, which are much cited, but our most famous work was something we did in 1984, which had to do with a problem known as anomalies.

What are anomalies in string theory?

One of the facts of nature is that there is what's called parity violation, which means that the fundamental laws are not invariant under mirror reflection. For example, a neutrino always spins clockwise and not counterclockwise, so it would look wrong viewed in a mirror. When you try to write down a fundamental theory with parity violation, mathematical inconsistencies often arise when you take account of quantum effects. This is referred to as the anomaly problem. It appeared that one couldn't make a theory based on strings without encountering these anomalies, which, if that were the case, would mean strings couldn't give a realistic theory. Green and I discovered that these anomalies cancel one another in very special situations.

When we released our results in 1984, the field exploded. That's when Edward Witten [a theoretical physicist at the Institute for Advanced Study in Princeton], probably the most influential theoretical physicist in the world, got interested. Witten and three collaborators wrote a paper early in 1985 making a particular proposal for what to do with the six extra dimensions, the ones other than the four for space and time. That proposal looked, at the time, as if it could give a theory that is quite realistic. These developments, together with the discovery of another version of superstring theory, constituted the first superstring revolution.

Richard Feynman was here at Caltech during that time, before he passed away in 1988. What did he think about string theory?

After the 1984 to 1985 breakthroughs in our understanding of superstring theory, the subject no longer could be ignored. At that time it acquired some prominent critics, including Richard Feynman and Stephen Hawking. Feynman's skepticism of superstring theory was based mostly on the concern that it could not be tested experimentally. This was a valid concern, which my collaborators and I shared. However, Feynman did want to learn more, so I spent several hours explaining the essential ideas to him. Thirty years later, it is still true that there is no smoking-gun experimental confirmation of superstring theory, though it has proved its value in other ways. The most likely possibility for experimental support in the foreseeable future would be the discovery of supersymmetry particles. So far, they have not shown up.

What was the second superstring revolution about?

The second superstring revolution occurred 10 years later in the mid '90s. What happened then is that string theorists discovered what happens when particle interactions become strong. Before, we had been studying weakly interacting systems. But as you crank up the strength of the interaction, a 10th dimension of space can emerge. New objects called branes also emerge. Strings are one dimensional; branes have all sorts of dimensions ranging from zero to nine. An important class of these branes, called D-branes, was discovered by the late Joseph Polchinski [BS '75]. Strings do have a special role, but when the system is strongly interacting, then the strings become less fundamental. It's possible that in the future the subject will get a new name but until we understand better what the theory is, which we're still struggling with, it's premature to invent a new name.

What can we say now about the future of string theory?

It's now over 30 years since a large community of scientists began pooling their talents, and there's been enormous progress in those 30 years. But the more big problems we solve, the more new questions arise. So, you don't even know the right questions to ask until you solve the previous questions. Interestingly, some of the biggest spin-offs of our efforts to find the most fundamental theory of nature are in pure mathematics.

Do you think string theory will ultimately unify the forces of nature?

Yes, but I don't think we'll have a final answer in my lifetime. The journey has been worth it, even if it did take some unusual twists and turns. I'm convinced that, in other intelligent civilizations throughout the galaxy, similar discoveries will occur, or already have occurred, in a different sequence than ours. We'll find the same result and reach the same conclusions as other civilizations, but we'll get there by a very different route. 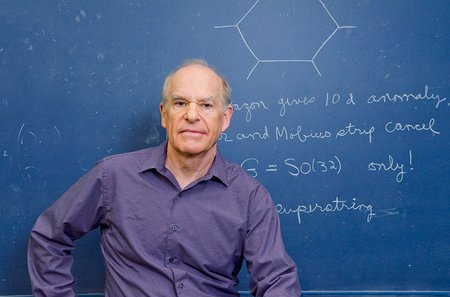 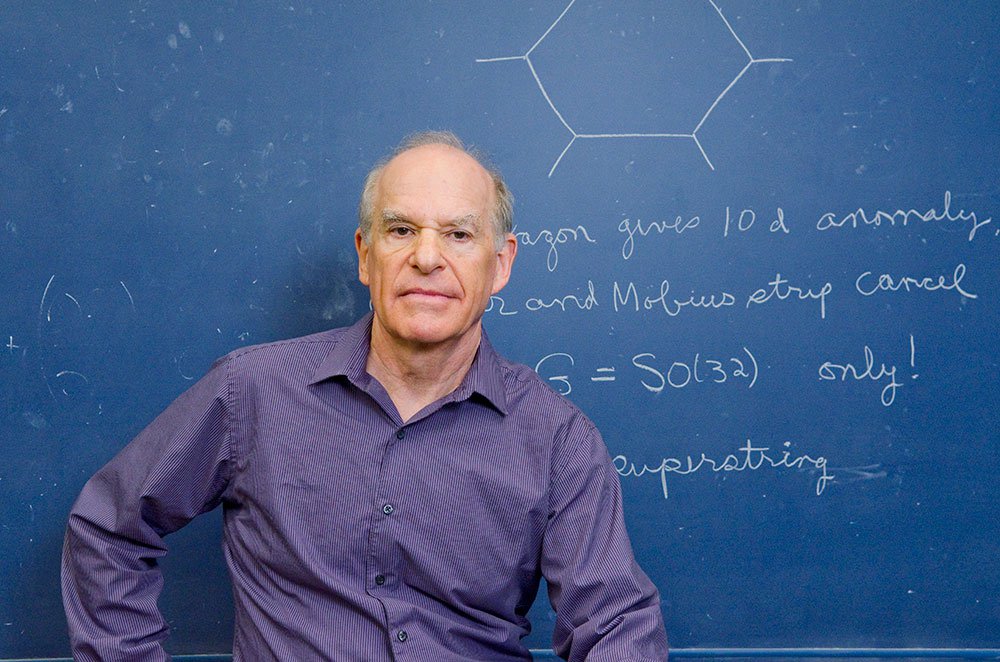