To make modern communications possible, today's mobile devices make use of components that use acoustic waves (vibrations) to filter or delay signals. However, current solutions have limited functionalities that prevent further miniaturization of the mobile devices and constrain the available communication bandwidth.

Now, a research team led by Chiara Daraio, Caltech professor of mechanical engineering, has developed new versions of these components with abilities previous incarnations did not possess. The components, known as phononic devices, could find uses in new kinds of sensors, improved cell phone technologies applied physics, and quantum computing.

The phononic devices include parts that vibrate extremely fast, moving back and forth up to tens of millions of times per second. The team developed these devices by creating silicon nitride drums that are just 90 nanometers thick. (A human hair is about a thousand times thicker.) The drums are arranged into grids, with different grid patterns having different properties.

Daraio, along with former Caltech postdoctoral scholar Jinwoong Cha showed that arrays of these drums can act as tunable filters for signals of different frequencies. They also showed that the devices can act like one-way valves for high-frequency waves. The ability to transmit waves in only one direction helps keep the signal stronger by reducing interference.

These findings open opportunities to design new devices—such as phononic transistors and radio-frequency isolators—based on phonons instead of electrons, Cha and Daraio say.

Support for the research was provided by the National Science Foundation, the Binnig and Rohrer Nanotechnology Center at IBM Research – Zurich, and the Kavli Nanoscience Institute at Caltech. 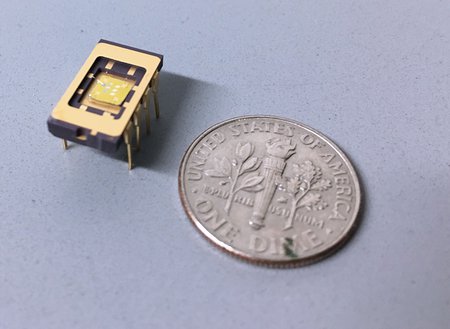 A phononic device next to a dime for scale Credit: Caltech
Image Lightbox 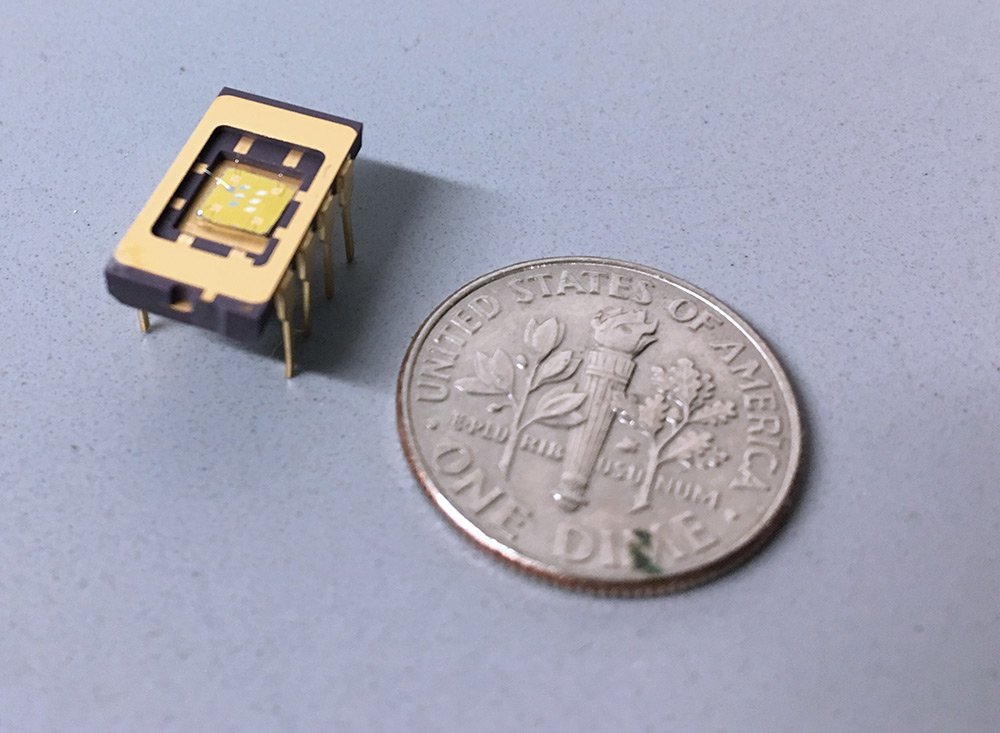 A phononic device next to a dime for scale
Credit: Caltech
Download Full Image
Subscribe
The Caltech Weekly