A Molecular Approach to Quantum Computing

The technology behind the quantum computers of the future is fast developing, with several different approaches in progress. Many of the strategies, or "blueprints," for quantum computers rely on atoms or artificial atom-like electrical circuits. In a new theoretical study in the journal Physical Review X, a group of physicists at Caltech demonstrates the benefits of a lesser-studied approach that relies not on atoms but molecules.

"In the quantum world, we have several blueprints on the table and we are simultaneously improving all of them," says lead author Victor Albert, the Lee A. DuBridge Postdoctoral Scholar in Theoretical Physics. "People have been thinking about using molecules to encode information since 2001, but now we are showing how molecules, which are more complex than atoms, could lead to fewer errors in quantum computing."

At the heart of quantum computers are what are known as qubits. These are similar to the bits in classical computers, but unlike classical bits they can experience a bizarre phenomenon known as superposition in which they exist in two states or more at once. Like the famous Schrödinger's cat thought experiment, which describes a cat that is both dead and alive at the same time, particles can exist in multiple states at once. The phenomenon of superposition is at the heart of quantum computing: the fact that qubits can take on many forms simultaneously means that they have exponentially more computing power than classical bits.

But the state of superposition is a delicate one, as qubits are prone to collapsing out of their desired states, and this leads to computing errors.

"In classical computing, you have to worry about the bits flipping, in which a '1' bit goes to a '0' or vice versa, which causes errors," says Albert. "This is like flipping a coin, and it is hard to do. But in quantum computing, the information is stored in fragile superpositions, and even the quantum equivalent of a gust of wind can lead to errors."

However, if a quantum computer platform uses qubits made of molecules, the researchers say, these types of errors are more likely to be prevented than in other quantum platforms. One concept behind the new research comes from work performed nearly 20 years ago by Caltech researchers John Preskill, Richard P. Feynman Professor of Theoretical Physics and director of the Institute of Quantum Information and Matter (IQIM), and Alexei Kitaev, the Ronald and Maxine Linde Professor of Theoretical Physics and Mathematics at Caltech, along with their colleague Daniel Gottesman (PhD '97) of the Perimeter Institute in Ontario, Canada. Back then, the scientists proposed a loophole that would provide a way around a phenomenon called Heisenberg's uncertainty principle, which was introduced in 1927 by German physicist Werner Heisenberg. The principle states that one cannot simultaneously know with very high precision both where a particle is and where it is going.

"There is a joke where Heisenberg gets pulled over by a police officer who says he knows Heisenberg's speed was 90 miles per hour, and Heisenberg replies, 'Now I have no idea where I am,'" says Albert.

The uncertainty principle is a challenge for quantum computers because it implies that the quantum states of the qubits cannot be known well enough to determine whether or not errors have occurred. However, Gottesman, Kitaev, and Preskill figured out that while the exact position and momentum of a particle could not be measured, it was possible to detect very tiny shifts to its position and momentum. These shifts could reveal that an error has occurred, making it possible to push the system back to the correct state. This error-correcting scheme, known as GKP after its discoverers, has recently been implemented in superconducting circuit devices.

"Errors are okay but only if we know they happen," says Preskill, a co-author on the Physical Review X paper and also the scientific coordinator for a new Department of Energy-funded science center called the Quantum Systems Accelerator. "The whole point of error correction is to maximize the amount of knowledge we have about potential errors."

In the new paper, this concept is applied to rotating molecules in superposition. If the orientation or angular momentum of the molecule shifts by a small amount, those shifts can be simultaneously corrected.

"We want to track the quantum information as it's evolving under the noise," says Albert. "The noise is kicking us around a little bit. But if we have a carefully chosen superposition of the molecules' states, we can measure both orientation and angular momentum as long as they are small enough. And then we can kick the system back to compensate."

Jacob Covey, a co-author on the paper and former Caltech postdoctoral scholar who recently joined the faculty at the University of Illinois, says that it might be possible to eventually individually control molecules for use in quantum information systems such as these. He and his team have made strides in using optical laser beams, or "tweezers," to control single neutral atoms (neutral atoms are another promising platform for quantum-information systems).

"The appeal of molecules is that they are very complex structures that can be very densely packed," says Covey. "If we can figure out how to utilize molecules in quantum computing, we can robustly encode information and improve the efficiency in which qubits are packed."

Albert says that the trio of himself, Preskill, and Covey provided the perfect combination of theoretical and experimental expertise to achieve the latest results. He and Preskill are both theorists while Covey is an experimentalist. "It was really nice to have somebody like John to help me with the framework for all this theory of error-correcting codes, and Jake gave us crucial guidance on what is happening in labs."

Says Preskill, "This is a paper that no one of the three of us could have written on our own. What's really fun about the field of quantum information is that it's encouraging us to interact across some of these divides, and Caltech, with its small size, is the perfect place to get this done."

The Physical Review X study, titled "Robust encoding of a qubit in a molecule," was funded by the Army Research Office, the National Science Foundation (NSF), and Caltech.

In a new theoretical study, Caltech physicists have shown how molecules can, in theory, be used to reduce errors in quantum computing. This strategy would involve placing a rotating molecule in "superposition," which means that it would exist in multiple orientations at once. In this illustration, three different molecular orientations are shown at left; the drawing at far right signifies a superposition of these molecular states. Credit: Caltech 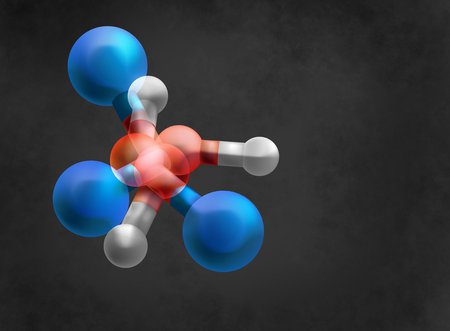 In a new theoretical study, Caltech physicists have shown how molecules can, in theory, be used to reduce errors in quantum computing. This strategy would involve placing a rotating molecule in "superposition," which means that it would exist in multiple orientations at once. In this illustration, three different molecular orientations are shown at left; the drawing at far right signifies a superposition of these molecular states.
Credit: Caltech
Download Full Image 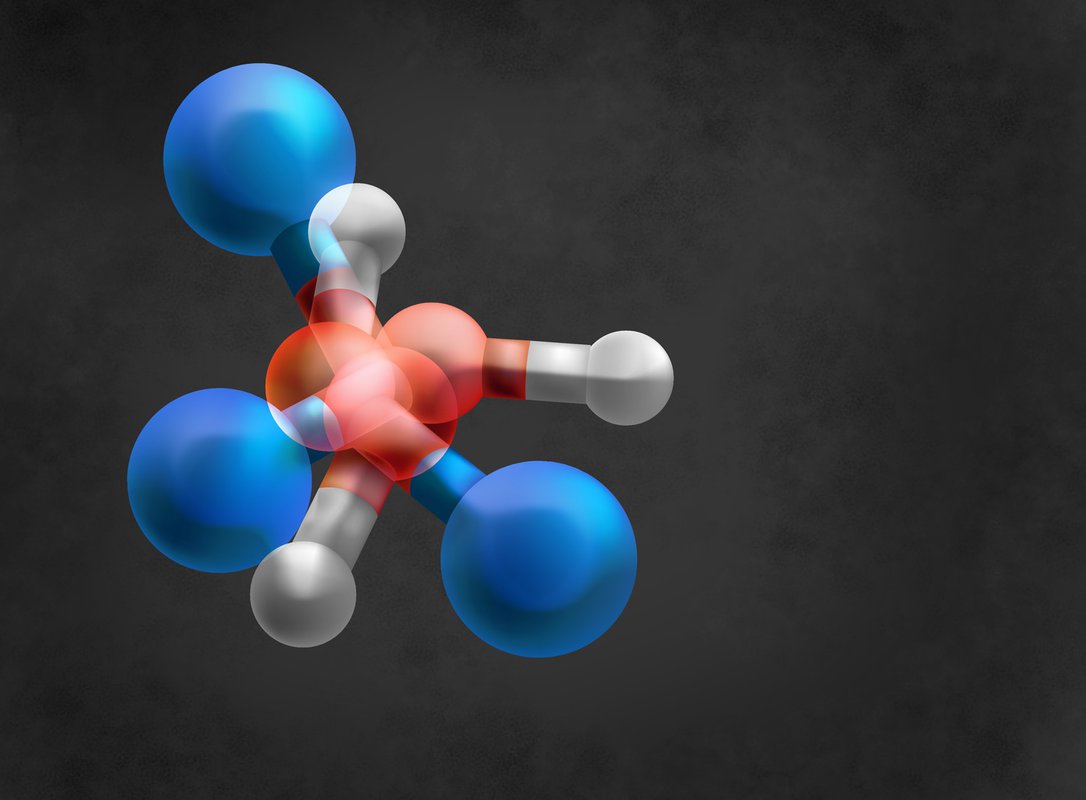