Roshko was known for his research on fluid and gas dynamics, in particular his identification—through high-speed photography—of discrete structures in turbulence.

"His talent was to look at a problem and see what the main fundamental issues were that needed to be addressed," says Roshko's former graduate student Mory Gharib (PhD '83), Caltech's Hans W. Liepmann Professor of Aeronautics and Bioinspired Engineering. "It wasn't that suddenly he built a new telescope that no one else had. No, he did things with tools that everyone else had access to—but he would see the whole thing. He could put it all together."

Born on July 15, 1923 in Bellevue, Alberta, Canada, Roshko received a BSc degree in engineering physics from the University of Alberta in 1945, and, after a brief tour in the Royal Canadian Artillery, came to the Guggenheim Aeronautical Laboratories at the California Institute of Technology (GALCIT, what is now known as the Graduate Aerospace Laboratories of the California Institute of Technology), where he earned his MS (1947) and PhD (1952) degrees. He spent the rest of his professional career at Caltech, first as a research fellow (1952–54) and senior research fellow (1954–55), then as an assistant professor (1955–58), associate professor (1958–62), and professor (1962–85). He was named von Kármán Professor in 1985 and retired in 1994. From 1985 to 1987, he served as acting director of GALCIT.

At the time of his passing, Roshko had been teaching a course at Caltech with his longtime collaborator and friend, Garry Brown of Princeton University, currently a visiting professor of aeronautics at Caltech. "One of the things that we shared in common was that we had somewhat similar backgrounds," says Brown, a native of Australia. "He had grown up in Canada, and his father had worked in a coal mine. My father trapped rabbits as a boy to earn extra money. So we didn't come from privileged backgrounds, and I think we both felt that we'd been extraordinarily fortunate in life."

Their first paper together, published in 1974 in the Journal of Fluid Mechanics, became the most widely cited paper in the history of the journal. The paper, "On density effects and large structure in turbulent mixing layers," announced the finding of large structures in turbulence.

"Before his work with Garry Brown that discovered the large coherent structures, turbulence was a featureless subject," Gharib says. "Everyone thought it was totally random; totally unrecognizable. And they showed that not to be the case." Indeed, through high-speed photography, Roshko and Brown proved that turbulence actually has an internal organization, a discovery that proved crucial to generating a more accurate understanding of aerodynamics.

Roshko's and Brown's class, Technical Fluid Mechanics, offered Caltech students a rare opportunity to be taught by two well-known figures in a field of fluid dynamics. Now taught by Brown alone, the course, while designed for just seven students, typically draws a crowd of more than 20 students, postdoctoral researchers, and interested faculty members. The two decided to teach the course after writing an updated textbook on the subject, which is scheduled to be published later this year. Their hope, Brown says, was to generate feedback from Caltech students that would inform future revisions.

Despite his high-profile success as an engineer, Roshko was always approachable and good-natured, both Gharib and Brown say.

"You could trust him. You could go confide to him. And he would equally trust you, and share with you issues that he had. Professors like to always lecture you, and he wasn't that way," Gharib says. "Your students are your best products, so it is important to pay attention to their education. That was really his academic objective."

Gharib notes that Roshko had a talent for encouraging students gently to solve problems creatively. He remembers an occasion when, as a graduate student, he needed a water tunnel to complete his thesis about flow over cavities, so Roshko challenged him to build one of his own.

"He made it such a challenge for me to prove it to him that a lack of resources was not going to stop me," Gharib says. "We sat down together and he helped with the design. And it turned out so well that we brought it from JPL to the subbasement of Kármán Laboratory, where it has been used for more PhD theses than any other tunnel we have. Just because he challenged me to do something that we don't have a million dollars to do. To just start thinking." 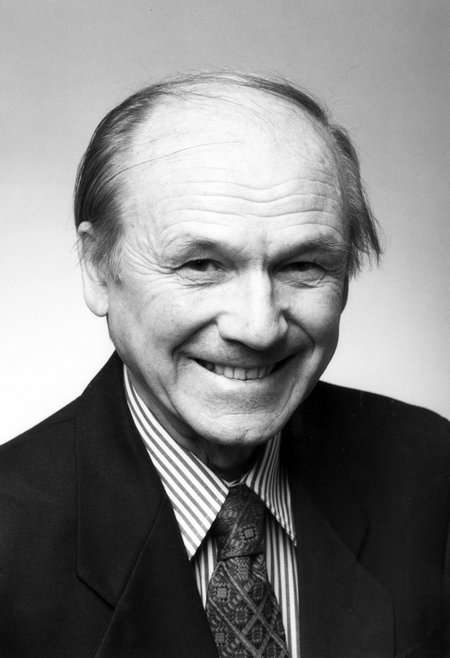 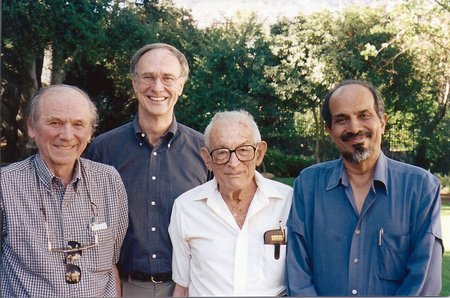 (L to R) Anatol Roshko, Garry Brown, Hans Liepmann, and Roddam Narasimha. Liepmann, who passed away in 2009, was the Theodore von Kármán Professor of Aeronautics, Emeritus, and cowrote "Elements of Gasdynamics," with Roshko in 1956. Credit: Gerry Brown
Image Gallery Lightbox 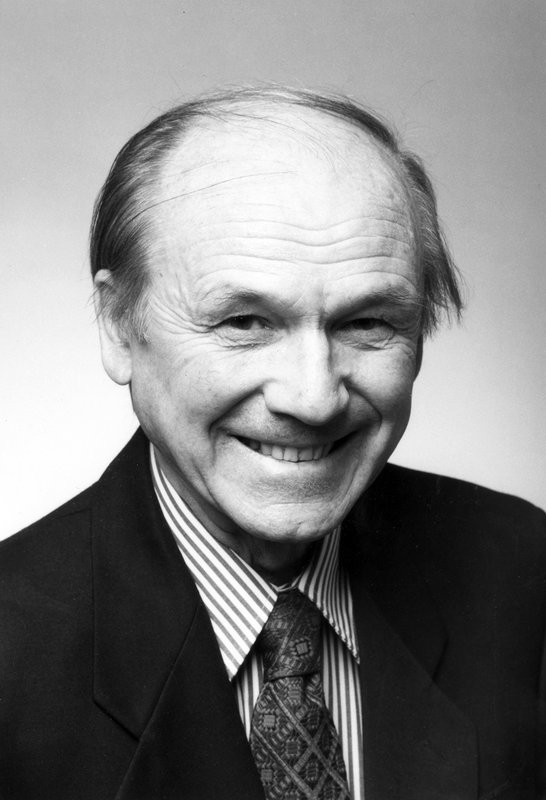 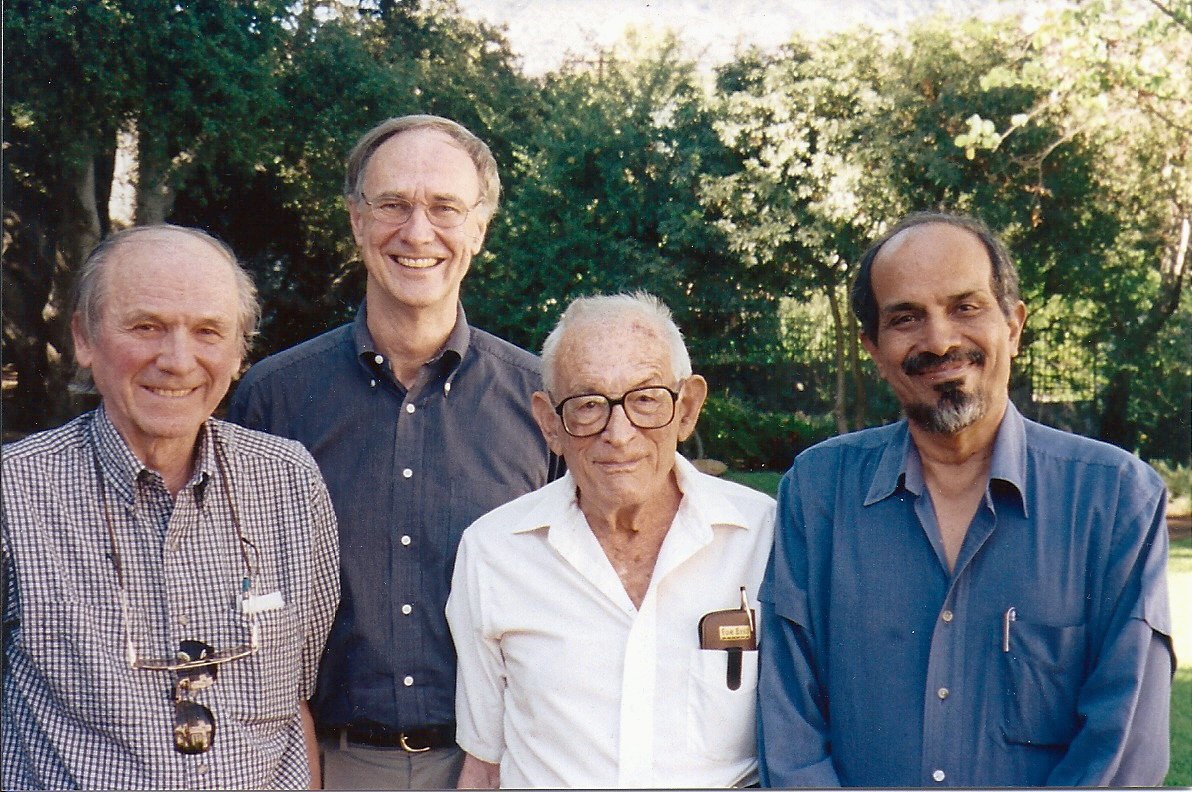 (L to R) Anatol Roshko, Garry Brown, Hans Liepmann, and Roddam Narasimha. Liepmann, who passed away in 2009, was the Theodore von Kármán Professor of Aeronautics, Emeritus, and cowrote "Elements of Gasdynamics," with Roshko in 1956.
Credit: Gerry Brown
Download Full Image