Marsh, who went by the name Dick, was a crystallographer, and a colleague, mentor, and friend to generations of scientists. His career at Caltech started before World War II, spanned the golden age of structural chemistry led by Caltech's Linus Pauling, and continued to flourish into the 21st century. Crystallography is an experimental approach for determining in detail the locations of the atoms in a molecule by analyzing how X-rays are scattered from a crystalline sample of that compound.

"Dick was a legendary one-of-a-kind crystallographer who was recognized for his mastery of the field and his rigorous standards. He trained generations of students and postdocs and was widely respected as representing the heart and soul of crystallography," says Doug Rees, the Roscoe Gilkey Dickinson Professor of Chemistry and faculty director of the Molecular Observatory for Macromolecular Crystallography at Caltech.

Marsh was born in Jackson, Michigan, in 1922. He arrived at Caltech as a freshman in 1939, graduating with a degree in applied chemistry in 1943. "He would describe the required technical drawing course that he took with an enthusiasm that presaged his future talents in detailing molecular structure," says Rees.

Although Linus Pauling had established Caltech as a world center for crystallography around this time, Marsh's interest in this area did not begin then. In 1945, after Marsh was discharged from the US Navy in New Orleans, the home of his fiancée Helena Laterriere (whom he married in 1947), he started graduate school at Tulane University. He enrolled in the X-ray crystallography course at H. Sophie Newcomb College, the women's college of Tulane, as it was one of the few available classes with an opening. As reported in an issue of Caltech's Engineering & Science magazine, Marsh said the class changed his life, and that the instructor Rose Mooney inspired him to become a crystallographer. Tulane did not offer a PhD in chemistry, so after this introduction to crystallography, Marsh transferred to UCLA where he received his PhD in 1950 with James McCullough for crystallographic studies of organoselenium compounds, which are molecules with carbon-selenium bonds.

Marsh returned to Caltech in 1950 as a postdoctoral research fellow, working with Pauling on crystallography. He became a research associate in 1973, senior research associate in 1981, and senior research associate, emeritus, in 1990. Marsh was critically involved in many noteworthy structural developments, including work on hydrates, trimesic acid, protonated water clusters, intermetallic compounds, and the detailed geometry of amino acids and peptides. Marsh's structural study of a protein in silk called fibroin culminated in the textbook model for a protein structural feature called the anti-parallel beta sheet. That research still resonates today for its implications in the architecture of amyloid fibril plaques associated with neurodegenerative diseases like Alzheimer's.

"Dick Marsh was an exceptionally talented crystallographer whose work had enormous impact on young and old investigators alike," says Harry Gray, Arnold O. Beckman Professor of Chemistry at Caltech. "I learned so much discussing structures with him. I knew that if he couldn't solve a structure, it couldn't be solved!"

A characteristic of Marsh's research was to carefully analyze the errors in a crystal structure determination. Rees recalls that Marsh was particularly upset about the most egregious cases of incorrect structure determinations, often due to erroneous assignments of the underlying arrangements of the constituent molecules in crystals. As Marsh noted in his crystallographic history: "I somehow take such errors personally: they should not happen in MY field of study."

From his office in the Beckman Institute at Caltech, Marsh continued surveying and correcting reported structures for the rest of his life. "The threat to other crystallographers of being publicly 'Marshed' for publishing a problematic structure undoubtedly contributed to increased scrutiny and care that prevented a number of incorrect crystal structures from ever being published," says Rees.

Marsh was a research mentor to both students and young faculty. John Bercaw, Caltech's Centennial Professor of Chemistry, Emeritus, recalls approaching Marsh back in 1975 to help solve the structure of a key compound that cleanly generates hydrazine from molecular nitrogen. Bercaw had been informed that solving the compound's crystal structure was not possible. After Bercaw explained to Marsh the major importance of obtaining this crystal structure, Marsh immediately accepted the challenge and devised a method for solving the structure, allowing for further studies of the mechanism of hydrazine formation.

"Dick's inquisitiveness, integrity, compassion, and his intolerance of sloppy thinking and bureaucracy, epitomize the best traditions of Caltech, while highlighting the impact that one person can have on a field and generations of scientists," says Bercaw. 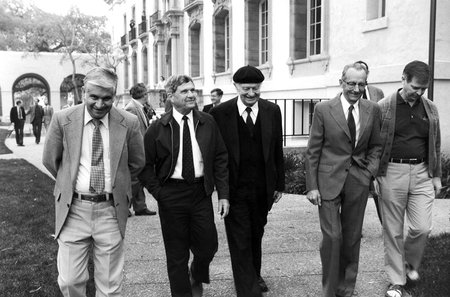 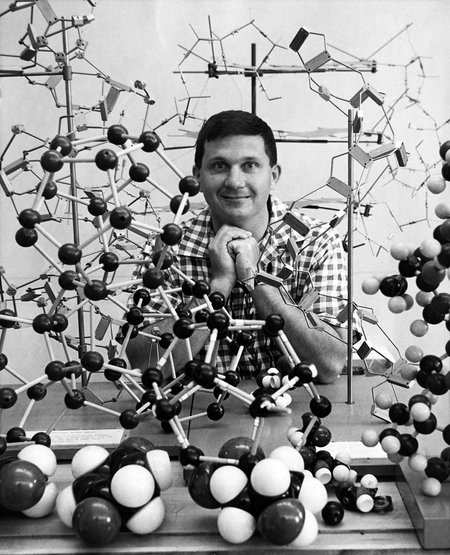 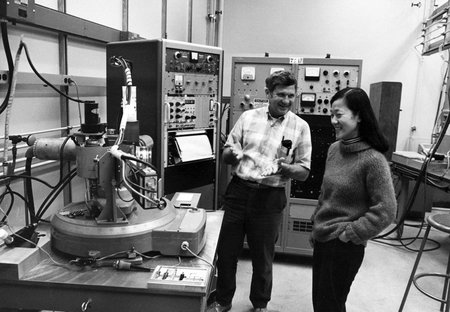 Richard Marsh with a student, Jenny Kung, in a lab at Caltech in 1974. Credit: Caltech Archives
Image Gallery Lightbox 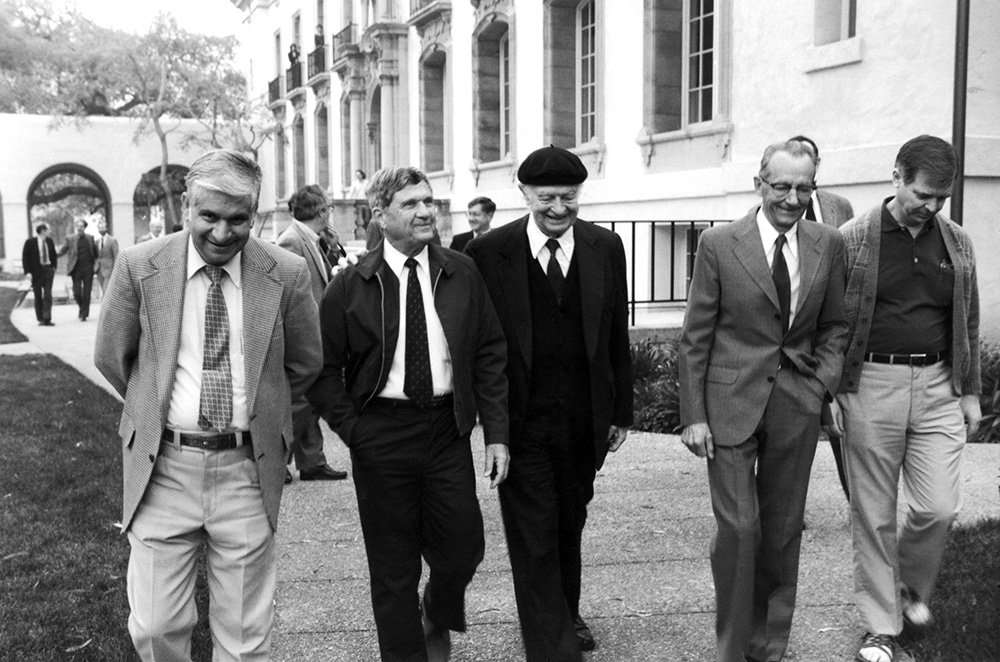 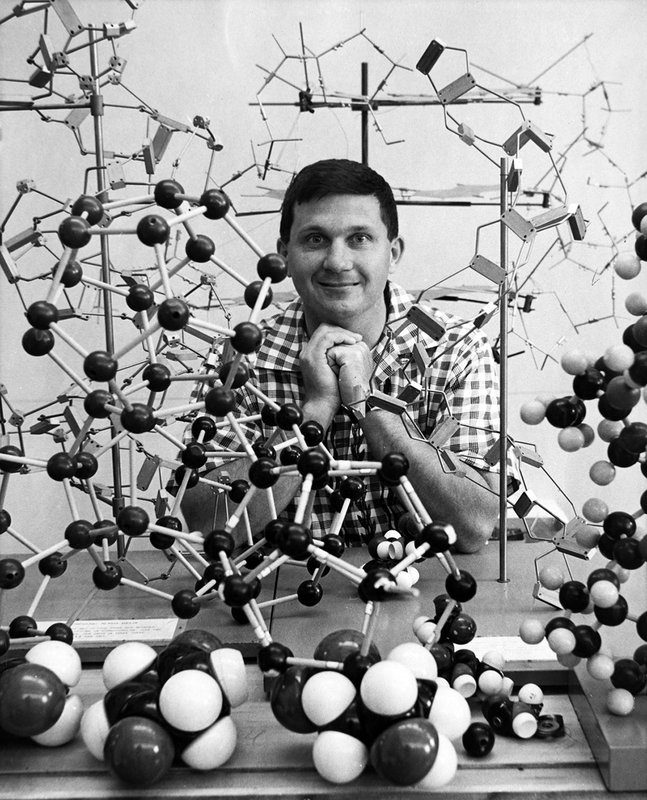 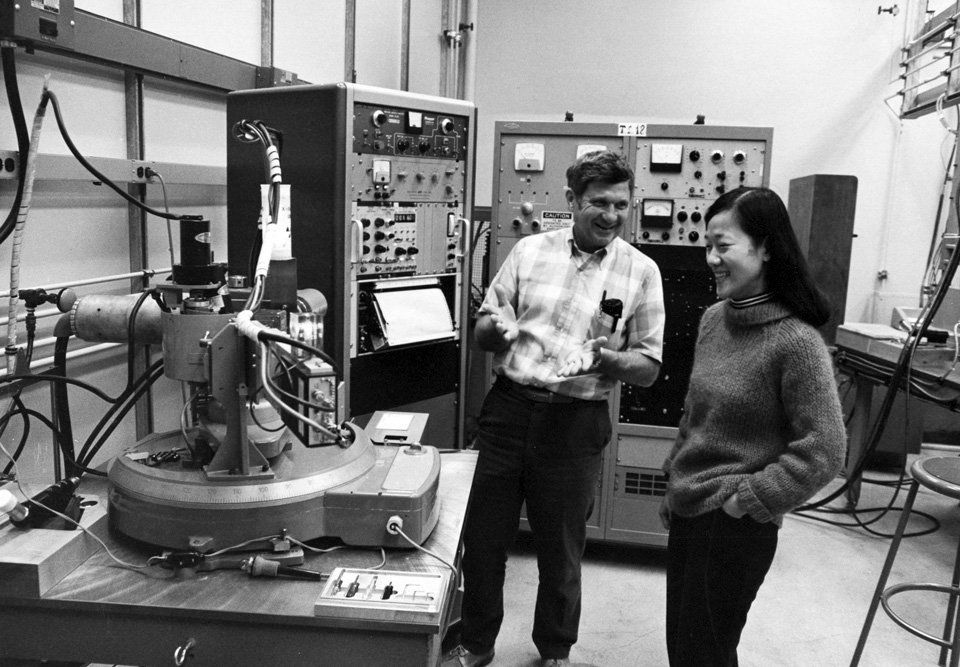 Richard Marsh with a student, Jenny Kung, in a lab at Caltech in 1974.
Credit: Caltech Archives
Download Full Image