Nobel Laureate Renato Dulbecco, who spent nearly 15 years as a biology researcher at Caltech, passed away on February 19. He was 97.

Dulbecco, who studied virology, won the 1975 Nobel Prize in Physiology or Medicine for "discoveries concerning the interaction between tumour viruses and the genetic material of the cell," according to the official press release. He shared the honor with the late Howard Temin (PhD '59)—who did his doctorate studies in Dulbecco's lab—and David Baltimore, president emeritus and Robert Andrews Ã¢â‚¬Â¨Millikan Professor of Biology at Caltech. Working independently, all three researchers won the award for contributing to an understanding that cancer is caused by genetic alteration of normal cells.

"Renato was one of the great figures in the creation of molecular biology," says Baltimore, who worked with Dulbecco at the Salk Institute in La Jolla, Calif., in the mid-60s and remembers him as a scientific guide. "He focused on what he saw as the most important things to be doing and was not easily distracted by anything less than a very deep question."

Dulbecco was born in Italy in 1914. He received his medical degree from the University of Turin in 1936; that same year he was ordered to serve in the Italian Army as a medic in World War II. After an injury on the Russian front, he refused to return to the service: instead he attended to injured members of the resistance on the outskirts of Turin.

In 1947, Dulbecco immigrated to the U.S. to study phages—viruses that infect bacteria—at Indiana University in Bloomington. Two years later, he came to Caltech as a senior research fellow under the guidance of microbiologist Max Delbrück. Once here, he began to study animal viruses with virologist Marguerite Vogt; the two developed a technique to count the number of virus particles present in a tissue sample, a method that was crucial to the invention of the Sabin polio vaccine. At Caltech, Dulbecco also began to investigate viruses that were known to cause tumors in animals. These experiments led to his Nobel-winning research.

In an oral history recorded in 1998, Dulbecco credited his Nobel Prize to the time he had spent at Caltech. "The feeling is this: If I had not been at Caltech, I would not have done it," he said. "It's a wonderful place for research. While I was here, I didn't think about anything else."

In 1962, Dulbecco became a founding member of the Salk Institute, where he remained for many years, actively involved in breast cancer research until late last year. He was also one of the scientists to launch the Human Genome Project in 1986.

"After he received the Nobel Prize and continued to think about cancer, he realized that to unravel the complexity of cancer we needed to understand all the various genes that contribute to a cancer cell," says Baltimore. "And, to do that, we needed to know all the genes in the human genome. He was the first to suggest that it was important to sequence the human genome."

Dulbecco is survived by his second wife, Maureen, a brother, two daughters, and four grandchildren. A son, Peter, predeceased him.

Read more of Dulbecco's oral history interview, which is part of the Oral History Project of the California Institute of Technology Archives. 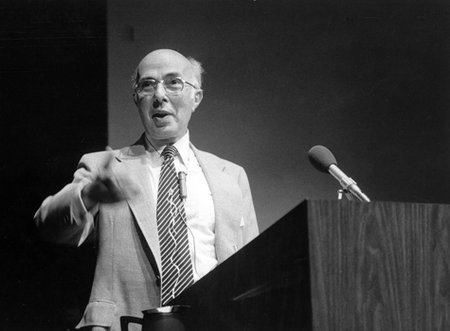 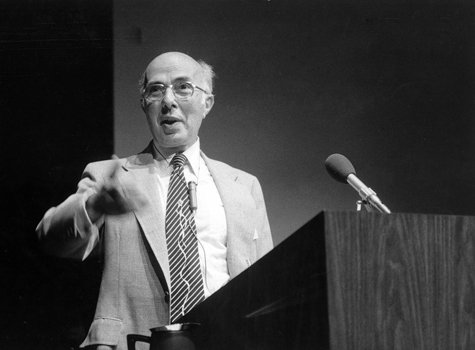