Two Holograms in One Surface

A team at Caltech has figured out a way to encode more than one holographic image in a single surface without any loss of resolution. The engineering feat overturns a long-held assumption that a single surface could only project a single image regardless of the angle of illumination.

The technology hinges on the ability of a carefully engineered surface to reflect light differently depending on the angle at which incoming light strikes that surface.

Holograms are three-dimensional images encoded in two-dimensional surfaces. When the surface is illuminated with a laser, the image seems to pop off the surface and becomes visible. Traditionally, the angle at which laser light strikes the surface has been irrelevant—the same image will be visible regardless. That means that no matter how you illuminate the surface, you will only create one hologram.

Led by Andrei Faraon, assistant professor of applied physics and materials science in the Division of Engineering and Applied Science, the team developed silicon oxide and aluminum surfaces studded with tens of millions of tiny silicon posts, each just hundreds of nanometers tall. (For scale, a strand of human hair is 100,000 nanometers wide.) Each nanopost reflects light differently due to variations in its shape and size, and based on the angle of incoming light.

"Each post can do double duty. This is how we're able to have more than one image encoded in the same surface with no loss of resolution," says Faraon (BS '04), senior author of a paper on the new material published by Physical Review X on December 7.

"Previous attempts to encode two images on a single surface meant arranging pixels for one image side by side with pixels for another image. This is the first time that we're aware of that all of the pixels on a surface have been available for each image," he says.

As a proof of concept, Faraon and Caltech graduate student Seyedeh Mahsa Kamali (MS '17) designed and built a surface that when illuminated with a laser straight on (thus, at 0 degrees) projects a hologram of the Caltech logo but when illuminated from an angle of 30 degrees projects a hologram of the logo of the Department of Energy-funded Light-Material Interactions in Energy Conversion Energy Frontier Research Center, of which Faraon is a principal investigator.

The process was labor intensive. "We created a library of nanoposts with information about how each shape reflects light at different angles. Based on that, we assembled the two images simultaneously, pixel by pixel," says Kamali, the first author of the Physical Review X paper.

Theoretically, it would even be possible to encode three or more images on a single surface—though there will be fundamental and practical limits at a certain point. For example, Kamali says that a single degree of difference in the angle of incident light probably cannot be enough to create a new high-quality image. "We are still exploring just how far this technology can go," she says.

Practical applications for the technology include improvements to virtual-reality and augmented-reality headsets. "We're still a long way from seeing this on the market, but it is an important demonstration of what is possible," Faraon says.

The research was published in a paper titled "Angle-Multiplexed Metasurfaces: Encoding Independent Wavefronts in a Single Metasurface under Different Illumination Angles." Faraon and Kamali's coauthors include Caltech graduate students Ehsan Arbabi (MS '17), Yu Horie, and Mohammad Sadegh Faraji-Dana; and Amir Arbabi of the University of Massachusetts Amherst. This work was supported by the Department of Energy, the Defense Advanced Research Projects Agency, and Samsung Electronics. 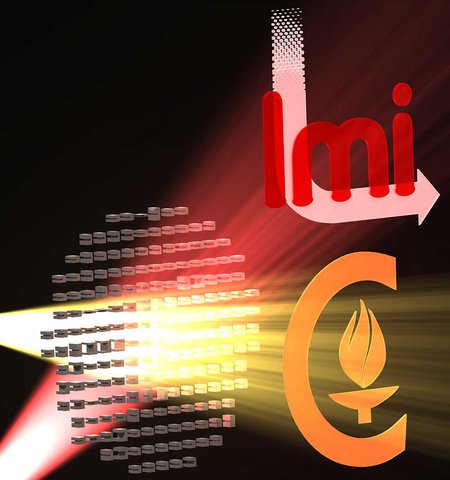 (Artist's rendering) In a proof-of-concept, Faraon's team encoded two holograms (of the Caltech logo and the LMI logo) on a single silicon oxide and aluminum surface Credit: Andrei Faraon/Caltech 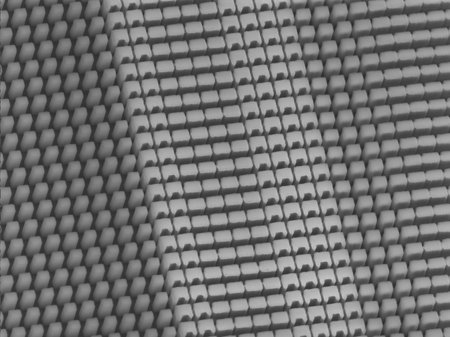 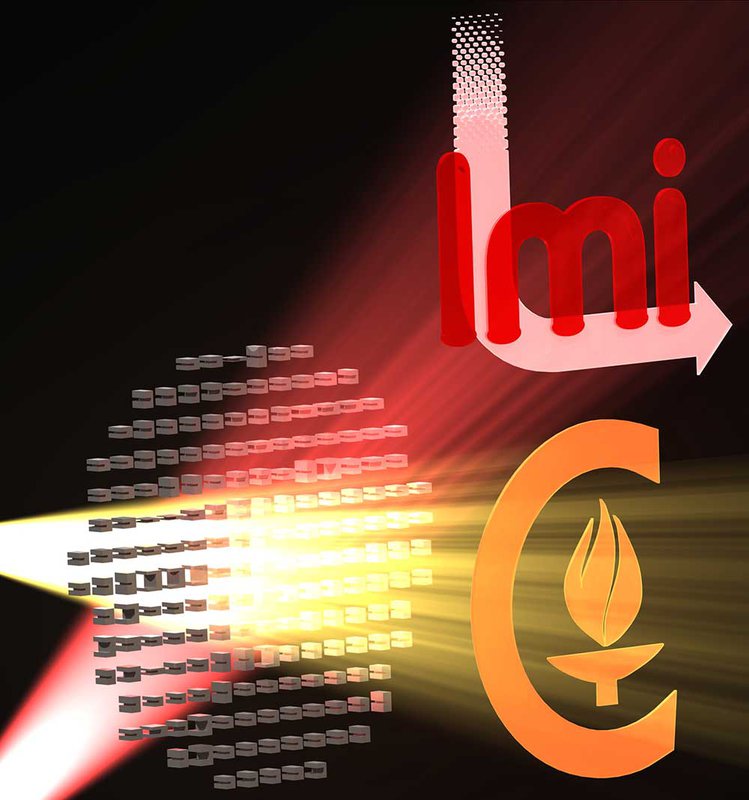 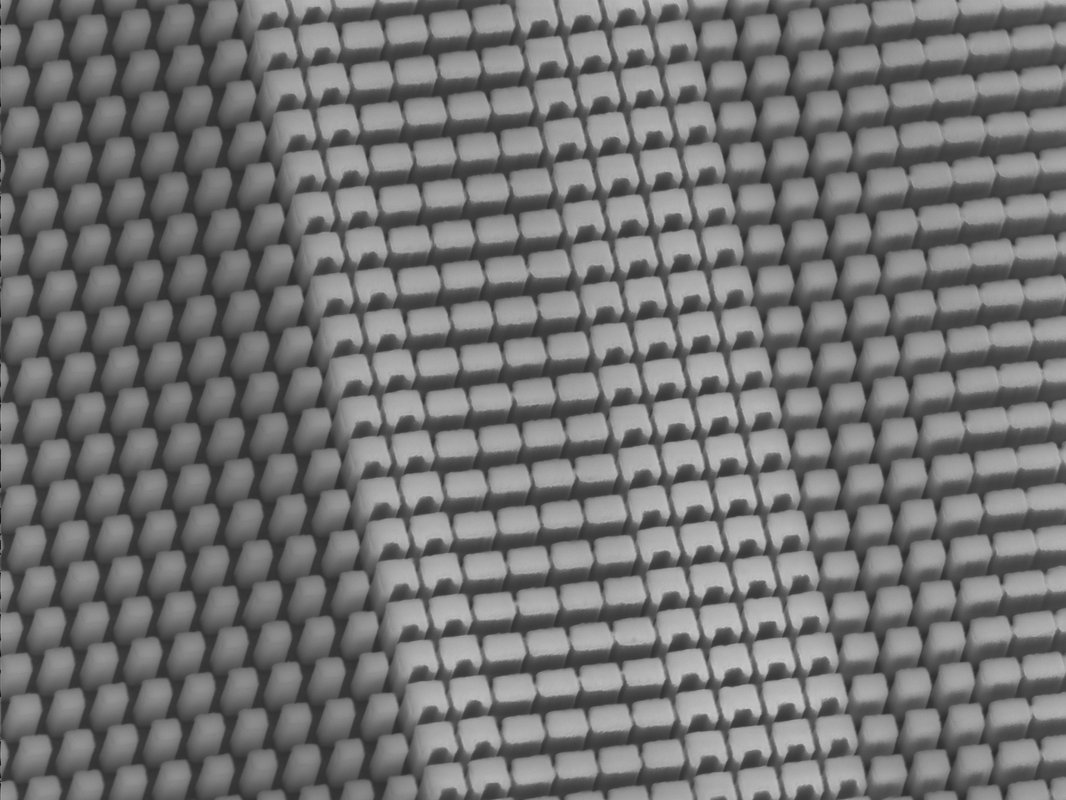